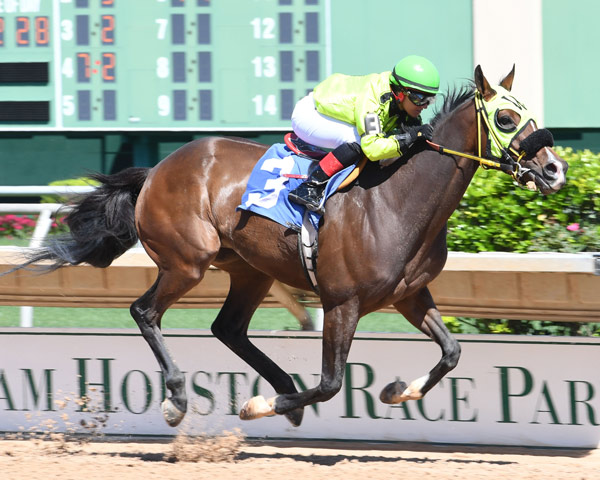 Texas Champions Weekend at Sam Houston Race Park concluded on Tuesday, March 14, with the final of seven features for accredited Texas-breds, the $50,000 Star of Texas Stakes.

Witt Six, owned and bred by Henry S. Witt Jr., was a game winner, drawing off by six lengths under Sasha Risenhoover. It was the first stakes victory of the meet for Rishenhoover, who finished fourth in the rider standings.

“I thought there would be some speed and give me something to run at,” she said. “He finished well, but with a five horse field, the less you have to go through and around.”

“Jerry took him to Delta and gave him a three-month break,” said Witt. “I’m always go, go, go and wanting to run my horses, but the break paid off he came back in fabulous shape. We have a good team.”