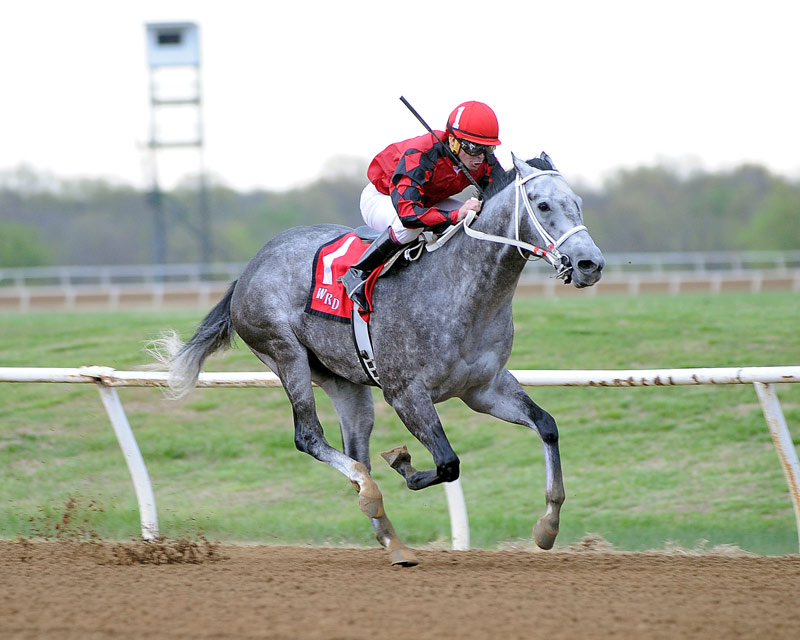 Another successful Thoroughbred meet comes to a close at Cherokee Casino Will Rogers Downs. This property has been in operation for 11 consecutive years. The spring meet followed a more traditional calendar, running through Preakness on Saturday, May 20. The 33-day meet offered 10 races per scheduled day and featured stakes races guaranteeing more than $100,000 each day.

“We saw increased activity at the entry box here last year and enjoyed very similar numbers again in 2017,” said John Lies, racing secretary and track announcer for Cherokee Casino Will Rogers Downs. “It seems we are attracting a stronger caliber of horse than in years past, especially at our allowance levels. We’re drawing runners from a variety of successful winter meets in various regions beyond Oklahoma.”

Cherokee Casino Will Rogers Downs added something new to their spring season this year, with a starter series specifically for turf horses.

“The horsemen were responsive to our new series, one we hope will continue to grow next year,” said Lies. “We witnessed some impressive wins by stakes-caliber runners, including Welder, our Horse of the Meet.”

The starter series ran a six-week period within the meet, offering nine races, which included a sprint division and three races for fillies and mares.

Floyd Wethey Jr. earned the title of leading jockey for the 2017 Thoroughbred meet. He rode 36 winners, 10 more than the runners-up, and won at a 22 percent rate.

The leading trainer for this season was Scott Young for the second consecutive year. He sent out 23 winners, nine more than the next trainer, with a 26 percent win rate.

Leading owner honors were shared between End Zone Athletics Inc. and Ra-Max Farms LLC. They ended the meet with a remarkably similar record of seven wins from 21 starts apiece, and a 33 percent strike rate.

Welder, a 4-year-old grey gelding who is becoming notorious for wins at Will Rogers Downs, was the Horse of the Meet for 2017, his second year to clench the title. Welder is owned by Ra-Max Farm LLC, of Claremore, and trained by Theresa Sue Luneack, also of Claremore. Welder was ridden by Travis Cunningham. The Oklahoma-bred is by The Visualiser, who stands at Mighty Acres in Pryor, Oklahoma, as property of Center Hills Farm, which is also the breeder of Welder.

“The gelding won all three of his starts at the meet, including two stakes races. All were easy victories,” said Lies. “Welder remains unbeaten in five career starts here at Will Rogers Downs.”

(from Will Rogers Downs news release)