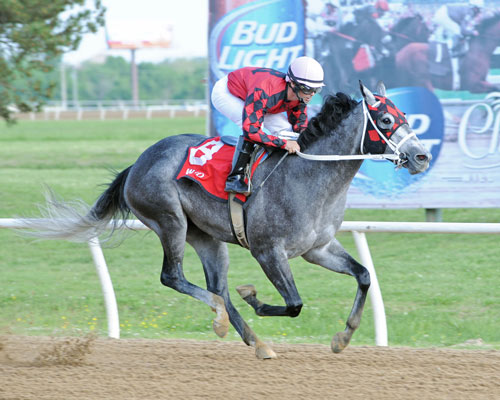 Ra-Max Farms LLC’s Welder stamped himself as an Oklahoma-bred to watch as he scored in his stakes debut with a 2 ½-length win in the $55,000 TRAO Classic Sprint Stakes at Will Rogers Downs on Tuesday. Ridden by Travis Cunningham for trainer Theresa Luneack, the 3-year-old gelding by The Visualiser opened up by as many as five lengths on the field and then rolled home to stop the timer in a very quick 1:08.70 for six furlongs.

Welder scored a similar victory against allowance foes at Will Rogers on March 16, and last year he finished second and then first against maiden special weight company at Remington Park. With three wins in four starts, he has already banked $80,727.

Perfect to Please, the slight betting favorite and the winner of the Red Earth Stakes on the Remington turf last year, finished a clear second. Johnny Whip, a veteran of 54 starts with earnings of more than $434,000, took third.