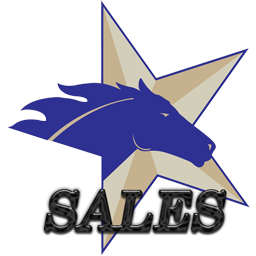 The Texas Thoroughbred Association has announced that it will hold its second Texas 2-Year-Olds in Training Sale on April 4, 2017, at Lone Star Park. The under tack show will be April 2, also at Lone Star. Entries for the sale will close January 16.

The TTA, in partnership with Lone Star Park, held its first 2-year-old sale in April, taking over the auction from Fasig-Tipton. This year’s sale posted an average of $18,515 and a buyback rate of 19.7 percent, both significant improvements over the last Fasig-Tipton juvenile sale in 2015. As was the case this year, graduates of the 2017 sale will be eligible for the Texas Thoroughbred Futurity to be run in two divisions at $100,000-estimated apiece at Lone Star. The sale will again be managed by Tim Boyce.

The 2016 2-year-old sale has already produced three stakes winners from 53 head sold, highlighted by Bling on the Music, a Texas-bred daughter of Too Much Bling who topped the sale at $95,000 and has recorded two stakes wins and a placing in the Grade 2 Pocahontas Stakes at Keeneland with earnings of $153,082.

“The results of our first 2-year-old sale, and our first yearling and mixed sale in August, have shown that Texas and the surrounding region can support a strong auction market for both buyers and sellers,” said Mary Ruyle, executive director of the TTA. “With the experience of those auctions and more time to market the 2-year-old sale, we expect to grow both TTA sales in 2017.”

For more information, go to ttasales.com.