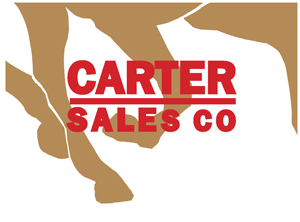 Hip 86, a full sister to multiple stakes winner Heykittykittykitty named No No Kitty Kitty, sold from Millar Equine, agent for It’s Mine Racing, to trainer Ron Moquett as a private sale. Moquett also trains Heykittykittykitty for Westrock Stables LLC, and the 5-year-old mare has banked $495,161 with a record of 21-10-8-1. She is a five-time stakes winner and twice placed against graded stakes company. Heykittykittykitty and No No Kitty Kitty are by Oklahoma stallion Tactical Cat out of the winning New Way mare Eternal Joy. Both were bred by in Oklahoma by Diamond G Ranch. Tactical Cat is a Grade 1-winning son of Storm Cat who stands at Raywood Farm in Arcadia, Oklahoma.

Moquett’s purchase made him the top buyer with Bryan Hawk just behind with four head purchased for $56,000. Mighty Acres was the leading consignor with 22 sold for $168,000.

For complete results, go to www.cartersalesco.com.