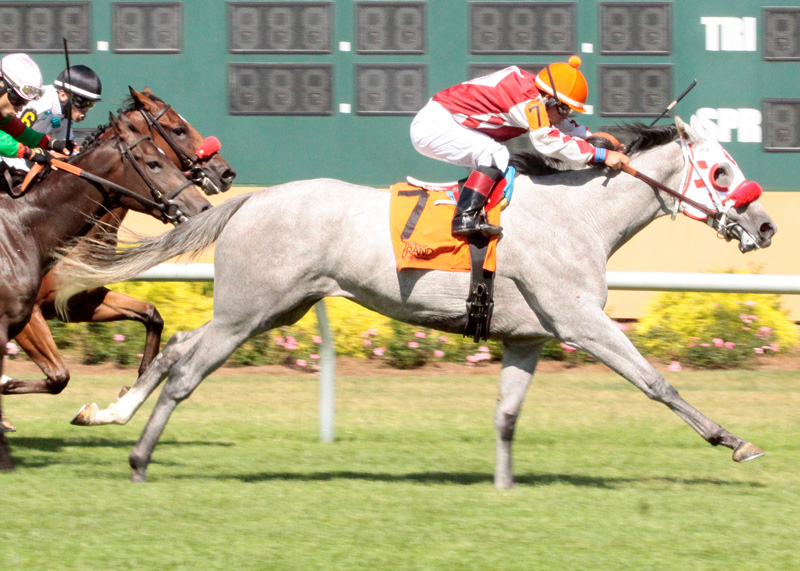 Bred and owned by Marvin Johnson and Doug Schmuecker and trained by Johnson, S S Trooper sat in second under jockey Fernando De La Cruz for much of the five-furlong turf sprint before taking command late and winning by a length in a time of :58.85.

The victory by S S Trooper proved the benefit of breeding and racing Indiana-breds as the gelding earned $26,040 for his maiden win from a base purse of $31,000, which was increased by 40% due to his Indiana-bred status. That doesn’t include additional breeder and stallion owner bonuses.

“For an Indiana-sired horse to win against open company first time out is a big accomplishment. The Indiana program has been growing each year and so has the quality of runners sired in this state,” said Kerry Hopper, who owns and operates R STAR with his wife, Leigh Ann. “We congratulate Marvin and Doug for a nice colt and nice win. Thanks for investing your best in Indiana!”