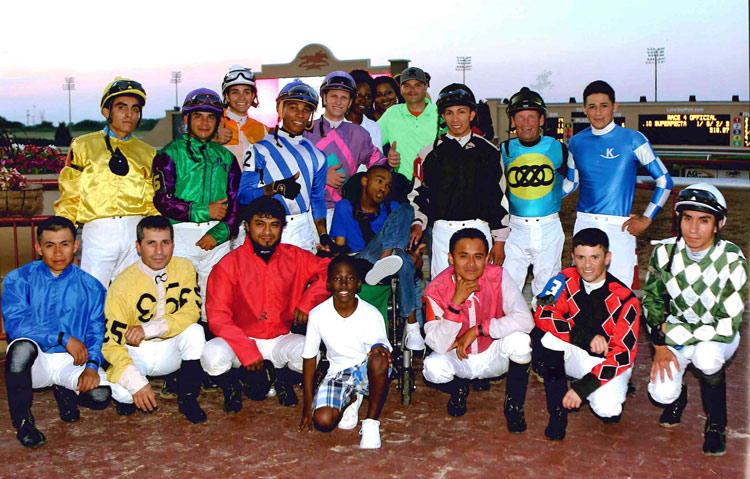 When Waco Midway High School junior Jacoby Burk heard his teacher Dave Laster’s talk about his visit to Lone Star Park to see the horse races, he “went nuts” said Laster. “He was so excited listening about my trip, he was hooked and wanted to go!”

Jacoby has cerebral palsy and going to the horse races wasn’t very likely for him until his teacher decided to see what he could do about it. Mr. Laster sent an email request to the Grand Prairie track. The email made its way to Lone Star Park’s Director of Racing, Bart Lang, who arranged a night at the races for Jacoby, his family and his teacher.

And what a night it was for the teenager! He got a tour of the stable area before the races started last Friday night. Lang had the fourth race named in his honor for the program. Following the race, the Lone Star Park jockey colony joined Jacoby in the winners circle for a group photo which they all autographed afterward. Words can’t describe his excitement! He was glowing. It will be a memory cherished.