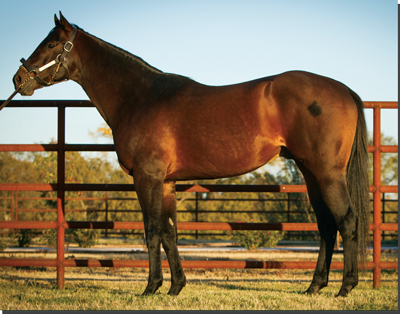 Oklahoma-bred Skim the Rail, a daughter of Oklahoma stallion Latent Heat, scored a late-running victory in Sunday’s $50,000 Manzano Stakes at The Downs at Albuquerque to give her sire two stakes winners on a single day. Earlier in the afternoon, Latent Heat’s Minnesota-bred daughter Sky and Sea won the $60,000 Belle Notte Minnesota Distaff Sprint Championship at Canterbury Park while improving her earnings to $168,700.

Skim the Rail, bred by Clark Brewster and owned by Jeff Plotkin, came with a seven-wide move in the Manzano to get up to win by a neck with a time of 1:10.81 for six furlongs. The filly, who sold for $5,000 at the Fasig-Tipton Texas 2-Year-Olds in Training Sale from the consignment of Inside Move, boosted her bankroll to $41,000 after three starts. She debuted with a second-place effort in a maiden race at Arapahoe Park and then scored an easy maiden win at Albuquerque for trainer Justin Evans.

Sunday’s stakes wins pushed Latent Heat further in front on the Oklahoma stallion list, as his $1.74 million in progeny earnings this year is tops in the state, as is his five stakes wins. Owned by Mike Grossman’s Eureka Thoroughbred Farm, Latent Heat stands at Lori and Francisco Bravo’s River Oaks Farms in Sulphur, Oklahoma. The Grade 1-winning son of Maria’s Mon stood the 2014 breeding season for a $3,500 fee.