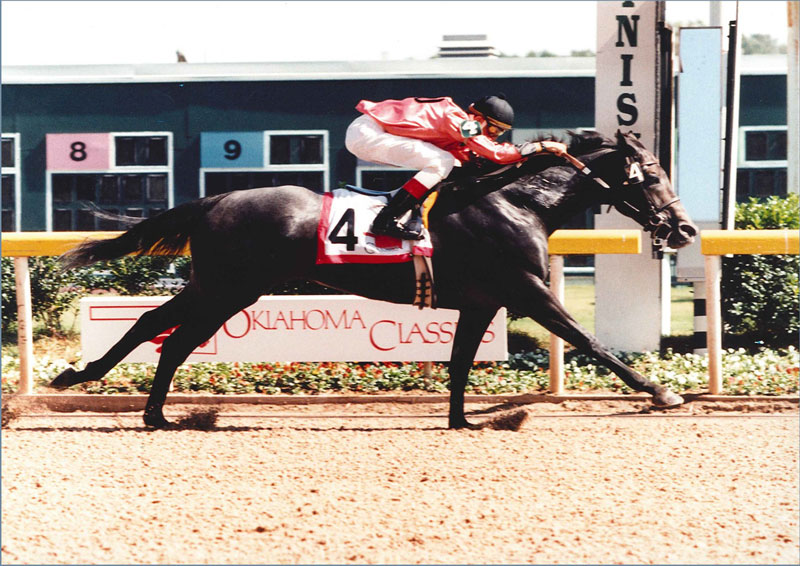 Trainers are legging-up their horses for the 30-day Thoroughbred meet returning to Cherokee Casino Will Rogers Downs on March 13. In its 11th year of operation, track representatives look to a successful meet.

The 2017 Thoroughbred meet kicks off with a new series of starter allowance races. The races are designed specifically for horses that have started on turf in their most recent starts.

“While Will Rogers Downs doesn’t offer turf racing, we do have horses in our population that have been racing on turf at other tracks,” said John Lies, racing secretary and track announcer for Cherokee Casino Will Rogers Downs. “Thanks to this new offering, they now have a division of their own to face each other on our main track, which had a perfect safety record last spring.”

The series will run a six-week period within the meet, offering nine races, including a sprint division and three races for fillies and mares.

“Our stakes schedule has been given a nice makeover but still offers eight races with the same 10 percent increase in winnings we offered in 2016,” said Lies. “Four of the races have been rebranded to bear the names of memorable Thoroughbreds either here in Claremore or in the state of Oklahoma. It’s an exciting change.”

The Miranda Diane, formerly the Wilma Mankiller Memorial, guarantees $50,000 on April 3, along with The Highland Ice the following day, named after an accomplished sprinter inducted into the Oklahoma Racing Hall of Fame.

“The recently renamed Cinema Handicap and Will Rogers Downs Handicap have been moved to create a stakes double header situation on both April 24 and 25,” said Lies. “This gives those same horses the opportunity to come back three weeks later to face each other in a finale of sorts, the final two stakes races in May.”

Those races—the More Than Even on May 15, named after a multiple Will Rogers Downs winner of the preceding race and 2015 horse of the meet, and the Cherokee Nation Classic Cup on May 16—both offer purses of $55,000.

For the spring 2016 Will Rogers Downs meet, more than $19 million was wagered on live racing, with four days surpassing $1 million.

Cherokee Casino Will Rogers Downs is located 3 miles east of Claremore on Highway 20. For more information, visit www.cherokeestarrewards.com or call 918-283-8800.

From Will Rogers Downs news release