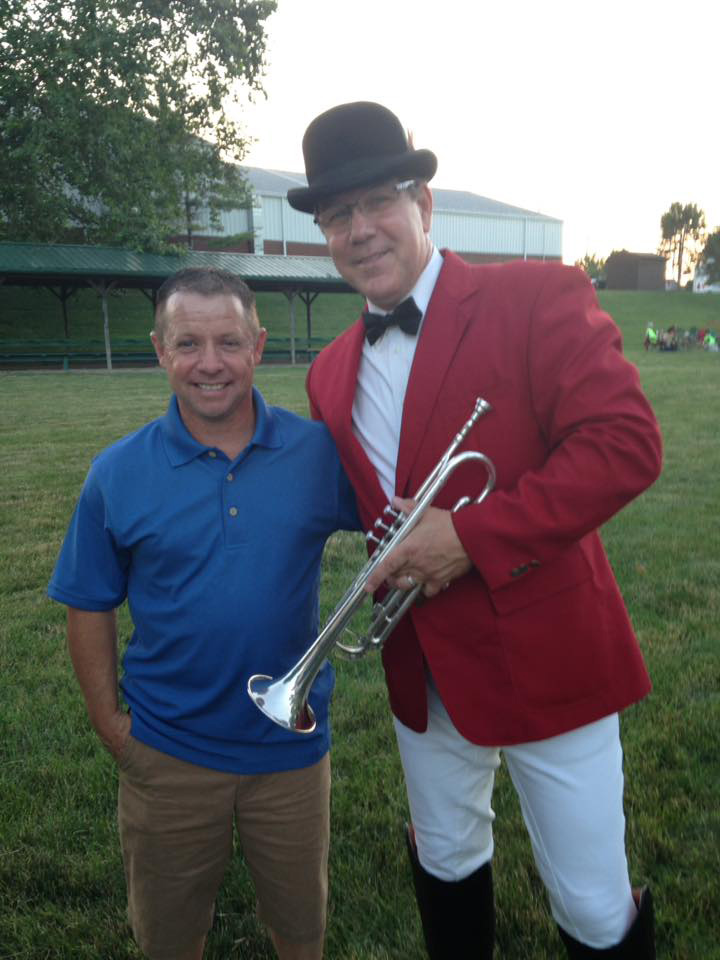 The tasks are the same as any other Saturday night at Indiana Grand Racing & Casino for Garry Lauziere, but the level of excitement is taken up a notch for Indiana Derby Night Saturday, July 16. Lauziere is currently in his third year as the track’s official bugler and once again, he’s excited to be part of Indiana’s biggest night of horse racing.

“Indiana Derby Night is awesome,” said Lauziere. “The Derby is becoming a Family Night too and we are seeing more families coming out to the event. Word is getting around that it’s something you shouldn’t miss and the crowds continue to get bigger.”

Affectionately known as “G Note” at Indiana Grand, Lauziere brings four decades of experience to his position at the track. He plays the familiar “Call to Post” prior to each race on Saturday nights and also adds a short tune between every other race to the delight of fans at the track. He’s most noted for his jazz rendition of “Back Home Again in Indiana” that is played at the beginning of the night after his first “Call to Post” from the winner’s circle.

Lauziere has always had an interest in music. The native of Manchaug, Massachusetts is retired from the United States Marine Corps and served his country for 20 years in several capacities. He was the drum major for one of 12 Marine Bands and performed for numerous high profile events that included kings, presidents and astronauts. His job was very diverse while serving in Desert Storm and Desert Shield in Japan.

“I basically had two jobs while in the Marines,” said Lauziere. “I would entertain with the band and then we would switch out and I would run a 50 caliber machine gun. It was ‘Hammer Down’ because those guns have no trigger, just a hammer.”

Lauziere moved his way up the ranks to the highest point he could be before switching over to the President’s own Marine band. He did not want to make the switch so after 20 years, he retired in Shelbyville, Ind., the last place he was living before retirement. He notes there are two Marine bands currently in service in Afghanistan right now.

One of the biggest events Lauziere was involved in was the rededication of the Statue of Liberty in 1986. In addition to President and Nancy Reagan, several celebrities were in attendance for the event.

“We were on the USS Kennedy in New York by the Statue of Liberty for the event,” said Lauziere. “It was a huge aircraft carrier that had four floors and was as big as a city.”

Lauziere had many other unique experiences during his career. His Marine band played for King Tāufaʻahau Tupou IV’s 75th birthday in Tonga, part of the Solomon Islands and one of his brightest memories was playing in his “dress whites” alongside Frank Sinatra in 1982 at a benefit at the Waldorf Astoria in New York City.

Today, life is at a little slower pace for Lauziere, but he still gets the most out of his days. In addition to his bugler duties at Indiana Grand, Lauziere also has a “one man band” performance that he provides at area festivals, special events, weddings and other gatherings. He has a keyboard along with his trumpet as he sings to tunes ranging from old time hits to more current selections. He can also play other instruments, such as a saxophone. When he’s not performing, Lauziere works as an accountant for Dorel Juvenile in Columbus, Ind., a company that makes car seats and other safety items for children.

Lauziere provides added entertainment between races at Indiana Grand. He participates in several of the on-air antics from the winner’s circle that includes t-shirt tosses, games of skill and even provides an occasional “Name that Tune” skit with his trumpet. Lauziere has become a celebrity at the track and poses for photos with guests and will take requests right on the spot between races. He has become a major part of the show at Indiana Grand and he will be trackside ready to call the horses to post for the 22nd running of the Indiana Derby.

In addition, Lauziere will perform during Indiana Derby Week’s “A Knight in Arms,” which is a program dedicated to honoring those who serve and protect. The afternoon racing program on July 14 will include dedicated races to several individuals and organizations followed by an evening event to raise funding for Helping Hands for Freedom. The afternoon will also include a performance by the Triton Central Marching Band as well as the dance troupe “Ladies of Liberty.”

To kick off the evening program, Brenna Shannon of Fairland, Ind. will sing the National Anthem supported by a Heavy Horse Color Guard to present the colors. Lauziere will play “Taps” leading into the evening program featuring a 50/50 reverse raffle, the keynote speaker Adjutant Major General R. Martin Umbarger and live entertainment by the Blue Ridge Banned.