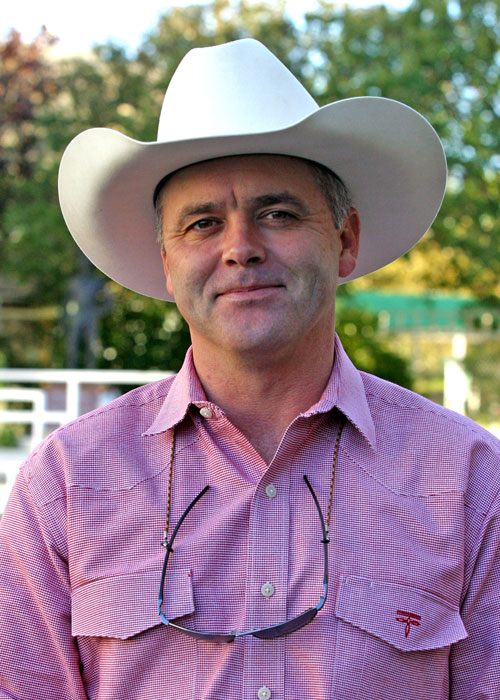 The Remington Park barn area opened this morning, allowing Thoroughbreds to move into their homes for the next five months. The 67-date season opens on Friday, Aug. 12 and runs thru Sunday, Dec. 11.

Oklahoma Horse Racing Hall of Fame trainer Donnie Von Hemel was the first to send horses through the stable gate. The Piedmont, Okla. resident dispatched five athletes to Oklahoma City from his summer base at Churchill Downs in Louisville, Ky. The quintet arrived at 5:04am.

The entire group of five in the Von Hemel party are 2-year-olds, still seeking their first racing opportunity. The young runners took up residence in barn A-7, Von Hemel’s headquarters for the entire history of Remington Park racing.

Von Hemel seeks his 1,000th Remington Park career victory this year. Currently, he has 986 to his credit in Oklahoma City. Von Hemel has won the training championship at Remington Park 12 times, more than any other trainer in Remington Park history. His last training title came in 2006.

Morning training hours will begin for the season on Wednesday, July 13. The normal hours of operation are 6-10am.

The 2016 Remington Park season begins on Friday, Aug. 12 and continues thru Sunday, Dec. 11. The normal racing week after Opening Weekend will be Wednesday thru Saturday with a regular post time of 7pm.

There are special 3pm post times on Labor Day Monday, Sept. 5, Oklahoma Derby Day on Sept. 25 and Black Friday on Nov. 25. The final day of the season, Springboard Mile Day on Dec. 11 will begin at 1:30pm. All times are Central.

Open daily at 10:30am for casino gaming and simulcast racing, Remington Park features the Bricktown Brewery on the casino floor. Admission, general parking and valet parking are always free at Remington Park.