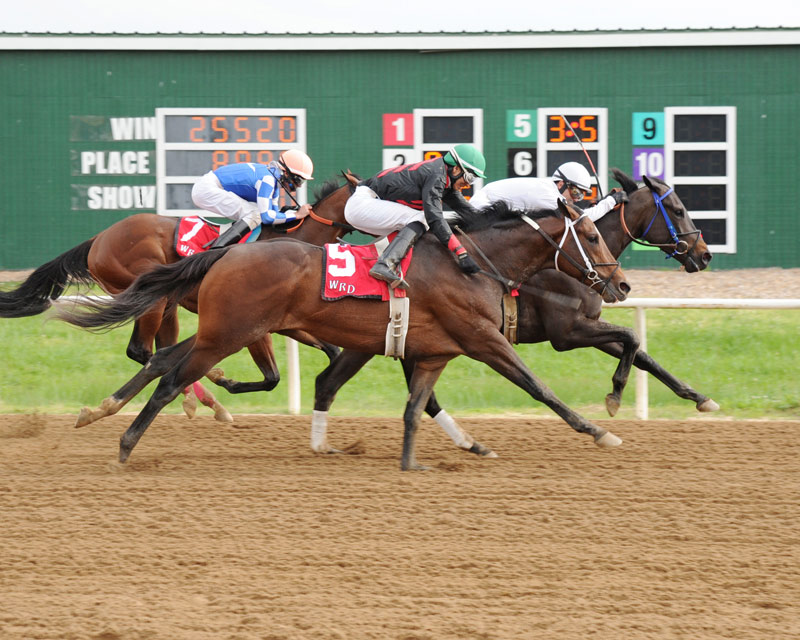 Three Oklahoma-bred battled to the wire in Tuesday’s $55,000 Will Rogers Handicap at Will Rogers Downs, and it was Rick Engel’s Makin the Dough who prevailed by a neck under jockey Bryan McNeil. The Roger Engel trainee clocked a mile and 70 yards in 1:43.17 in the race for 3-year-old colts and geldings.

Bred by Rusty Roberts and sired by Service Stripe, Makin the Dough picked up his first career stakes win and increased his earnings to $80,157. After finishing off the board in his debut, Makin the Dough has run in the top three for five consecutive starts, including a third-place effort in the Don C. McNeill Stakes at Remington Park. The gelding sold for $5,200 at the 2015 Heritage Place Thoroughbred Mixed Sale.

L and N Racing LLC’s Curmit, a son of Curlin trained by Steve Asmussen, closed well to be second.

Keene Thoroughbreds LLC’s Hunter’s Humor, a gelding by Maclean’s Music who also sold at the Heritage Place Thoroughbred Mixed Sale, shipped in off two straight wins at Delta Downs to be third.