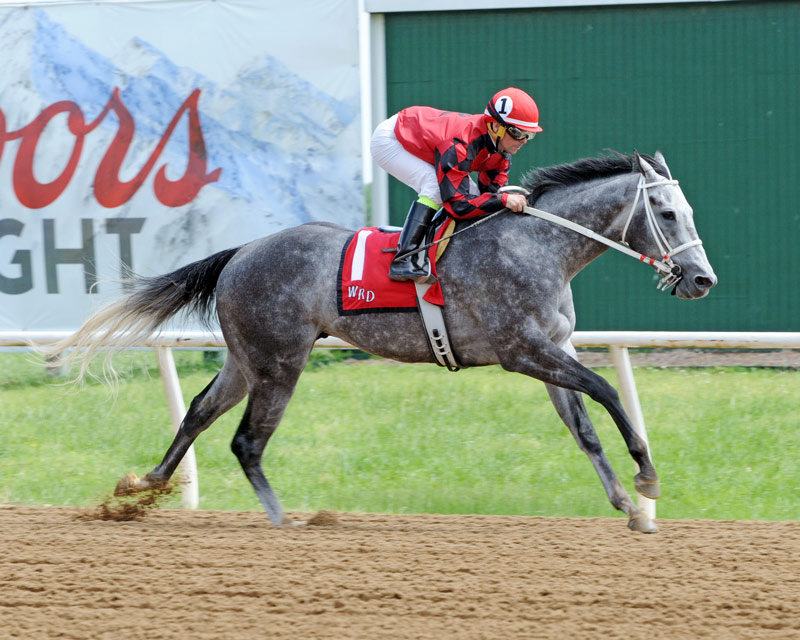 For the second year in a row, Welder scored a victory in the $55,000 TRAO Classic Sprint Stakes on Tuesday at Will Rogers Downs. With Travis Cunningham up for trainer Theresa Luneack, the 4-year-old gelding by Mighty Acres stallion The Visualiser was never seriously threatened and prevailed by four lengths in 1:09 flat for six furlongs against a field of Oklahoma-bred colts and geldings.

Owned by Ra-Max Farms LLC, Welder has now won eight of 12 starts with two seconds and a third and earnings of $243,151. He was named Horse of the Meet in 2016 at Will Rogers and seems like the favorite to repeat that title as he is undefeated in three starts this meet with an allowance victory and a win in the Highland Ice Stakes prior to this latest victory.

Welder, who has never lost in five starts at Will Rogers, was bred by Center Hills Farm, which stands The Visualiser at Mighty Acres.

George S. Straw Jr.’s Johnny Whip finished second while making his fifth career start in the TRAO Classic Sprint. The veteran of 62 career starts and nearly $500,000 in earnings has hit the board all five times and won the 2013 edition.