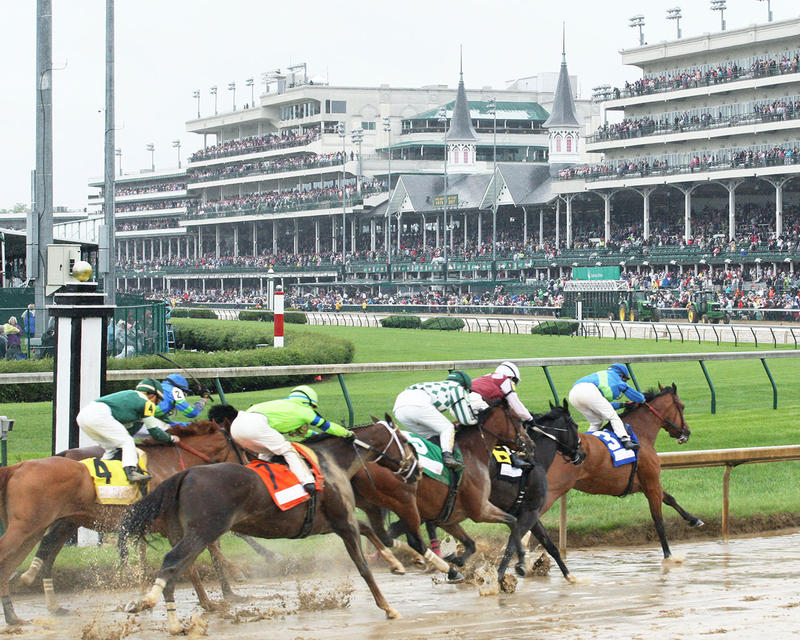 Maggi Moss’ Louisiana-bred Big World took the lead shortly after the start and posted a 1 1/4-length victory over Romantic Vision to win the 32nd running of the $300,000 La Troienne Presented by Spirited Funds (G1) for fillies and mares.

Big World raced unopposed on the lead with Streamline in closest pursuit. At the head of the lane, Big World opened up on the field and had more than enough left to hold off Romantic Vision.

“I saw some speed in the race, so I left it up to Florent (Geroux),” said Amoss. “He made the front end and was able to control it up there, and that made all the difference. I’ve had her all winter long. I can’t thank Maggi Moss enough to have the opportunity with this filly. She’s responsible for buying this filly, not me. We just put her in the right spots. Maggi couldn’t be here today, but I know she would say that this is one of biggest moments of her career. Florent, Maggi and I will talk about it, and make some decisions (about Big World’s next start).”

The victory was worth $180,420 and increased Big World’s earnings to $608,820 with a record of 11-7-0-4. The Louisiana-bred originally sold for $98,000 as an OBS yearling in 2014 and the following year captured the Grade 3 Tempted Stakes at Aqueduct. She also has two stakes wins Delta Downs and one at Fair Grounds.

It was another half-length back to favored Paid Up Subscriber, who was followed in order by Factory of Faith,Eskenformoney, Impasse and Go Maggie Mo.