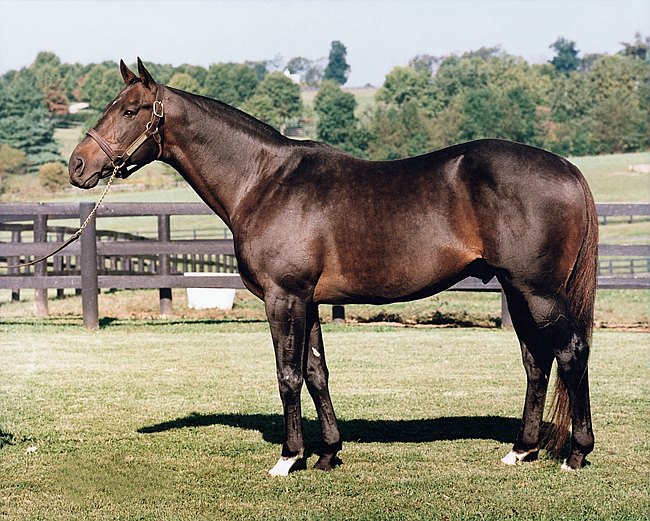 Service Stripe, a leading Oklahoma stallion over the past decade, was euthanized at Caines Stallion Station in Wynnewood, Oklahoma, on December 26 due to old age. The stakes-winning son of Deputy Minister was 26.

After originally standing in Kentucky, Service Stripe relocated to Oklahoma and first stood at Rockin’ Z Ranch before moving to Caines. He was pensioned in recent years and his last crop of foals are yearlings of 2017.

“He was definitely an asset to the Oklahoma breeding program,” Ellen Caines said in a BloodHorse.com article. “He was one of those who constantly put out winners. He was consistent producer. Everything that he put on the ground would try their hardest. He just consistently produced good horses. That’s why everybody kept coming back to him … he had quite a following. People would come and they’d always want to see him. He not only left his mark in Kentucky but he left it here in Oklahoma too.”