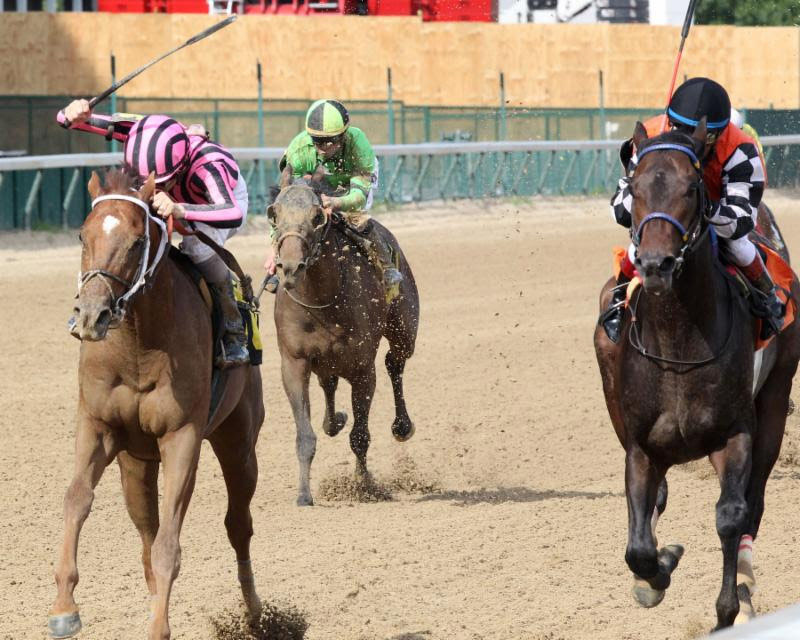 For instance, there was a nice race for 3-year-olds last week at Prairie Meadows, the $250,000 Iowa Derby. But A.J. Foyt Jr.’s legend as the world’s greatest race driver — as Sports Illustrated declared him in 1981 — wasn’t fashioned by winning the Iowa Corn 300. Once the Foyt-owned Colonelsdarktemper finished second in Churchill Downs’ Grade 3 Matt Winn Stakes won by the highly-regarded McCraken, it was a no-brainer to point the colt to the signature race at the track located 33 miles — a mere 13 laps around Indianapolis Motor Speedway — from the home of the fabled Indianapolis 500.

It would be the horse-racing’s biggest feel-good story of the summer if the first driver to win the Indy 500 four times also won the Hoosier state’s biggest race using the original horse power. And it would be Foyt’s biggest triumph in a long career owning race horses.

“That would be nice to win a big race for A.J. over there,” Fires said recently at his Churchill Downs barn in Louisville. “It would be big for horse racing, for Indiana. I thought it would give everybody a big shot in the arm, not myself but A.J. and Indiana, because A.J. is a household name there.”

“He’s been a big client of mine, very easy to deal with. He’s competitive, that’s what A.J. is. He’s a competitor. He likes racing — no matter cars or horses. But he understands that if you get beat, you get beat. Pretty much turn the page and go to the next one. I think this horse fits in there. He’s a good horse.”

Foyt, however, is unable to be at Indiana Grand, being with his A.J. Foyt Racing Team at the Verizon Indycar Series stop in Toronto this weekend.

Colonelsdarktemper, a son of Saratoga’s Travers winner Colonel John, was purchased by Fires for Foyt for $35,000 at the Fasig-Tipton Kentucky’s 2015 October sale. He never raced as a 2-year-old, winning his debut on Feb. 18 at Oaklawn Park, Fires’ winter base in Arkansas. He was third in an allowance race and a good fourth in the $150,000 Northern Spur on the Arkansas Derby undercard. The Pat Day Mile on the Kentucky Derby card proved a disaster, as he sputtered home eighth in the slop.

However, Colonelsdarktemper bounced back to win a Churchill Downs’ allowance race by a neck over Awesome Saturday, regarded as among the horses with the best chance to upset Irap in the Indiana Derby. “The Colonel” earned his shot at the Indiana Derby with his Matt Winn second, in which he edged Indiana Derby entrant Society Beau.

Fires isn’t thrilled with post 10 in the field of eleven 3-year-olds, but observes that sometimes what seems a disadvantageous post winds up working in one’s favor.

“Being out there can be in your favor or not be in your favor,” he said. “Everybody could bunch up leaving there and you have a collision. It’s all in the trip. If you’ve got your horse ready and you get a good trip, you’ve got a big shot.”

Colonelsdarktemper has been ridden in every start by Jon Court, who dominated racing at Hoosier Park when it became Indiana’s first racetrack before the jockey moved on to Kentucky. Court is Fires’ son in law, married to the trainer’s daughter Krystal. A two-time winner of the race, Court’s nine mounts are the most in Indiana Derby history.

“He’s on his game right now, so I’m excited about the upcoming race,” Court said. “I think he worked better than he’s ever worked since I’ve been on his back. That race against McCraken, he’s really stepped it up to another level. In the Matt Winn, he broke well enough to be in a perfect position. I knew if there was one horse in there, that if I could beat him, I could win it. And that was McCraken. I’m glad we’re able to miss McCraken in the Indiana Derby. But again, it’s another field you have to chase.

“From day to day he’s been moving forward. He’s a lot of fun to get on — in fact, I used to gallop him. Now he’s become quite a bit of a handful from time to time. Every day he gets to the track, he seems like he’s moving up another step or two, graduates to another level. He loves what he’s doing, loves to train, loves to run and is as sound as can be. He makes the mornings worthwhile getting up and coming out here.”