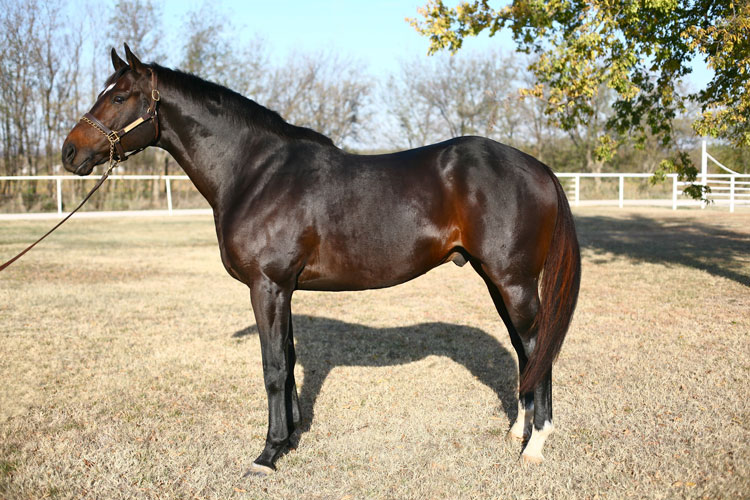 A winner on the track, Kennedy is a son of preeminent stallion A.P. Indy and out of the Deputy Minister mare Lovely Regina, who is the dam of multiple Grade 3 winner Theskyhasnolimit. Lovely Regina in turn is out of Grade 1 winner Cara Rafaela, who produced perhaps A.P. Indy’s most successful son on the track and in the breeding shed, Bernardini.

“To have a stallion with a pedigree so close to Bernardini is an exciting option for breeders in Oklahoma and around the region,” said Francisco Bravo. “Kennedy’s foals on the track are proving to get better with age and distance, so we are happy to have him at this early stage in his stud career.”

Kennedy has two crops of racing age. His leading earner is the 3-year-old Cash King, who since late September has won a maiden special weight and allowance race at Remington Park by a combined total of more than 12 lengths to improve his earnings to $61,037. Kennedy is also the sire of Baby K, the runner-up in the Oklahoma Classics Lassie Stakes at Remington Park last month with earnings of $46,614 in three starts.