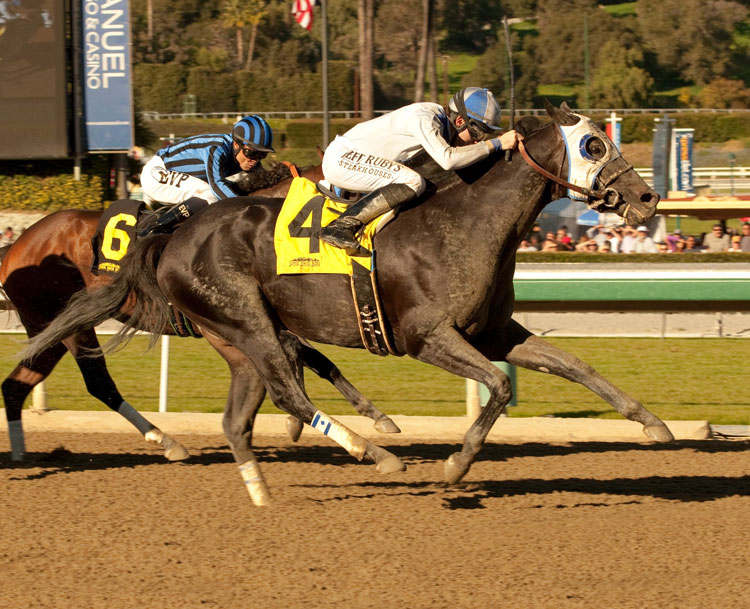 Hall of Fame trainer and co-owner of Sahara Sky Jerry Hollendorfer recently announced that the son of Pleasant Tap has been retired from racing and he will stand his first year at stud at Kerry
Hopper’s R Star Stallions in Anderson, Indiana. Hollendorfer remains a co-owner with Kim Lloyd and MB stallions.

Legendary Tartan Farm trainer/breeder John Nerud often professed ”the best milers make the best stallions” and that adage has been pegged to the Metropolitan Handicap (Gr.1) for good reason. The Met Mile has been the proving ground for potential sire power for decades and is also known as “the Stallion Maker.” In the past 50 years the Met Mile has produced leading sires such as:
Buckpasser, In Reality, Arts and Letters, Nodouble, Cox’s Ridge, Fappiano, Conquistador Cielo, Gulch, In Excess, Holy Bull, Honour and Glory, Langfur, Ghostzapper, Quality Road, Tizway and Shackleford. Newcomers include Honor Code, Palace Malice and Frosted.

To win the one turn Met Mile, a horse must possess speed but must also possess stamina. This uncommon trait is the key that makes the best milers the best sires according to John Nerud.

Sahara Sky will stand for a fee of $4,000 payable when the foal stands and nurses. Considerations for multiple bookings and black type producers and breeders who race their own.