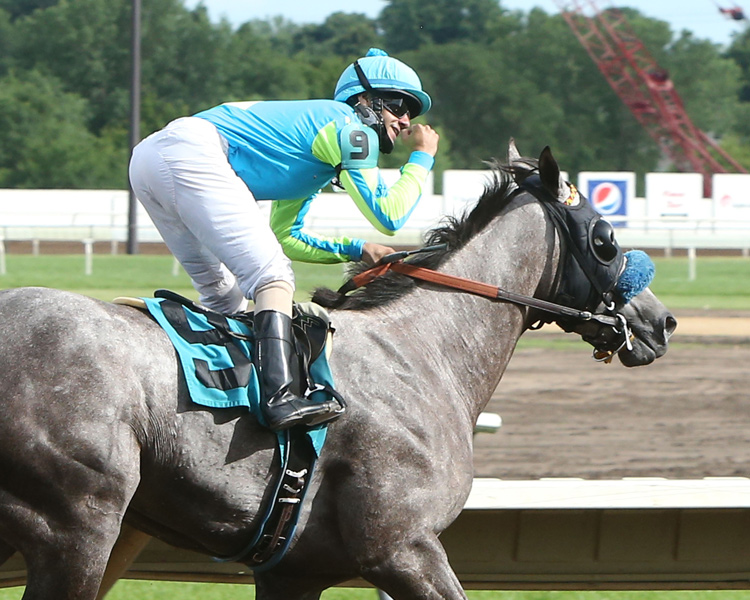 Jockey Orlando Mojica won his 2,000th career race when he rode Sam Scored a Goal to victory in the 10th race Sunday at Canterbury Park. Mojica began his riding career in his homeland of Puerto Rico in 2000 where he had his first professional win at Camarero Race Track.

The 34-year-old graded stakes winning jockey has won riding titles at Hoosier Park, Indiana Downs, and Kentucky Downs. He rode briefly in California in 2012. His father, Rafael Mojica Sr., was a top rider in Puerto Rico for many years. His older brother Rafael Mojica Jr. also followed his father into the profession and has ridden more than 1,000 winners.

“My father was a big influence on me. He is still riding in Puerto Rico. He’s 67 or 68,” Mojica said. “I just try to do my best, to do the right thing for my family. I ride every one hard.”

Mojica arrived at Canterbury two weeks ago and already is one of the top ten riders in the colony.

“Things were slow in Indiana so I came here. I love it here,” he said.