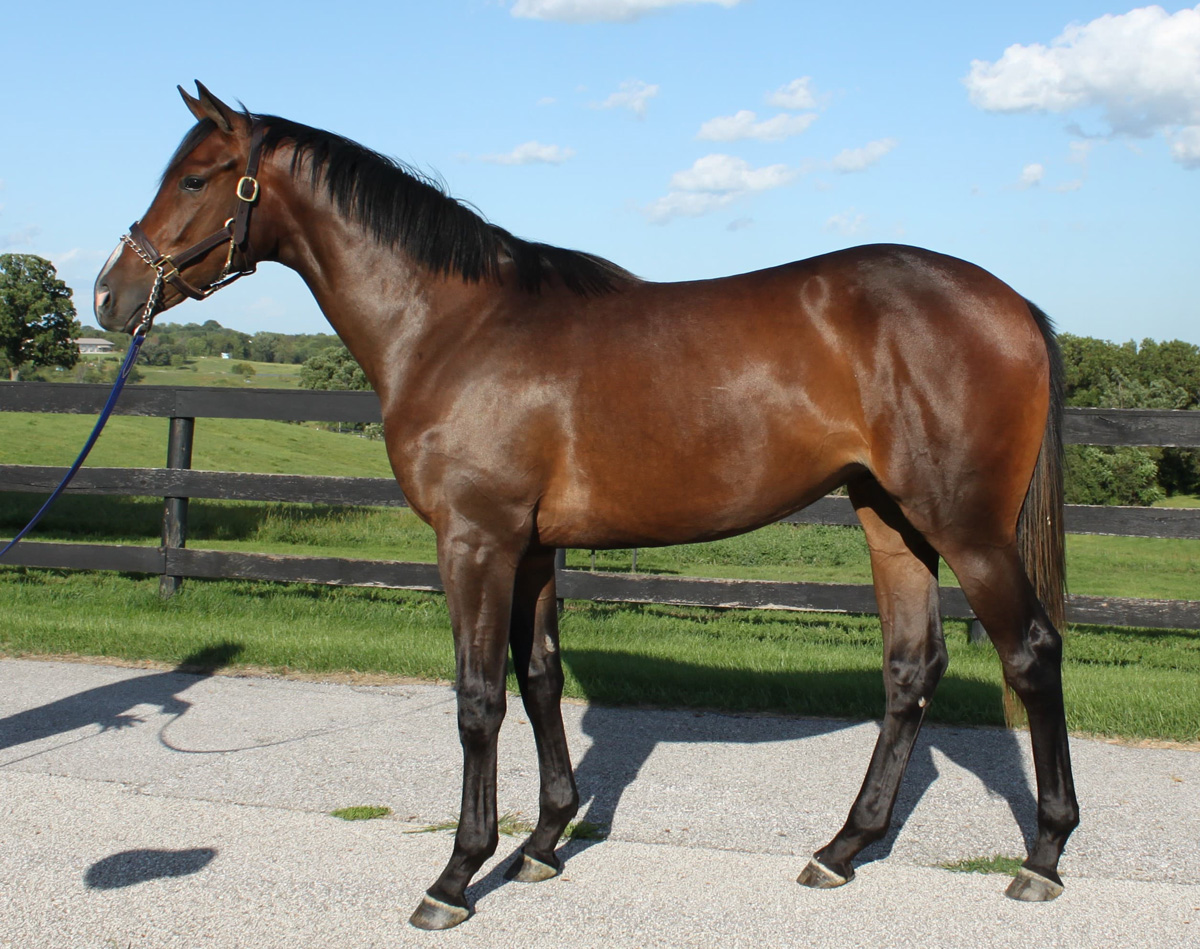 Even before the final gavel came down on Hip #57 in the 2019 Fall All Age Sale at the Iowa State Fairgrounds on September 5, ITBOA President Steve Renftle knew the results bode well for the future of the breeding program in the state of Iowa.

Some 38 yearlings sold at this year’s sale for a total of $469,800, with the NBS Stable (Art Neuhedel) purchasing five horses for $150,000 and popular Omaha-based owner Tom Allen grabbing the sale topper, a daughter of Liaison – Gizzy for $60,000.

“It was the best sale we’ve ever had,” Renftle said. “Even though the number of horses sold and the final money total were slightly less than the 2017 sale, this one was something different.”

“The sale had well-bred quality horses, active bidders, new buyers, and even some longtime Quarter Horse owners getting involved,” Renftle added. “This year’s results should boost the breeding numbers in the years to come because horsemen will realize they can sell their Iowa-breds for good money as well as run them for good purses at Prairie Meadows.”

NBS Stable, a partnership comprised of Kansas attorney Art Neuhedel, North Dakota biotech executive John Ballantyne, and Daryl Shaw of Illinois, purchased Hip #7 early in the sale and took Hip #52 late in the session to finish the evening as the leading buyers with 5 horses for a total of $150,000.

“We spent time researching the mares, going over produce records, and working closely with trainer Jon Arnett to review the veterinary reports and physical inspections,” Neuhedel noted. “We got every horse we bid on! “We didn’t have a filly until Hip #52 came into the ring. You don’t see too many Exaggerators coming through the ring in this sale and we really wanted to get this filly!”

Neuhedel said the new NBS Stable runners departed Iowa on September 13 for Oklahoma and their eventual winter home on a New Mexico farm near Jon Arnett.

The $60,000 sale topper, Hip #14 (a filly consigned by Eagle Wings Farm for breeder Allen Poindexter) was purchased by owner Tom Allen, who has campaigned a number of winning Iowa-breds at Prairie Meadows including 2016 Terry E. Branstad winner Matchlock.

“I had trainer Clinton Stuart look her over,” Allen said. “She had the best page in the book, her conformation was great, and her dam has produced stakes winners like Honolulu and Kauai.”

“The breeder, Allen Poindexter, encouraged me to get involved in the bidding,” Allen added. “I already own one horse in partnership with him, Allen’s Rocket, and we’re looking for big things next year from him!”

The full results of the 2019 ITBOA Fall All Age Sale are available online at the Iowa Thoroughbred Breeders & Owners Association web site at www.iowathoroughbred.com.