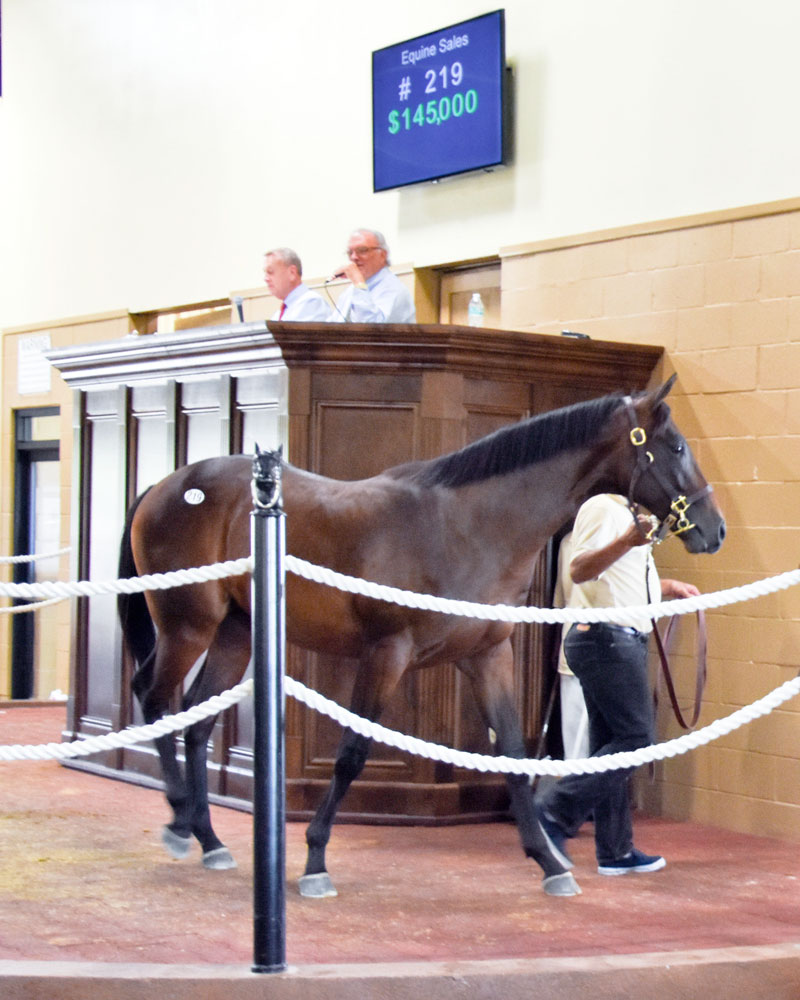 Equine Sales Company on Wednesday held its annual Consignor Select Yearling Sale in Opelousas, Louisiana, and recorded significant gains over last year with an all-time record price for a yearling at the sale. All told, 139 of 208 head sold for $1,510,400 with an average of $10,866 and a median of $5,500.

Eddie Woods’ Quarter Pole Enterprises LLC made the two largest purchases, topped by a bay colt by Into Mischief who brought $145,000. That marked the highest price for a yearling at the sale since Equine Sales Company started in 2012. Bred and consigned by Clear Creek Stud LLC, agent, the Louisiana-bred is out of the stakes-placed Capote mare Mystery at Sea, who has also produced stakes winner Cook Some Rice and stakes-placed Carmen’s Mystery.

The second-highest price, and top selling filly, was a Louisiana-bred daughter of Overanalyze who sold for $60,000 from the consignment of breeder 4M Ranch, agent. The Louisiana-bred is the first foal out of the Congrats mare Happy Destiny, whose dam is multiple Grade 3 winner and stakes producer Dance o’my Life.

“I thought we had a good sale, especially considering the current market,” said Foster Bridewell, sales director for Equine Sales Company. “By teaming with the LTBA to present a unified sale, we were able to increase the average, median and gross sales from last year. The consignors did their part by bringing quality horses to the sale, and the buyers responded to that. We’d especially like to thank Eddie Woods and wish him good luck with his Into Mischief colt, as well as good luck to all the buyers.”

For complete results, go to www.equinesalesofla.com.

Equine Sales Company will hold its third and final auction of the year on October 16 with an open yearling and mixed sale.