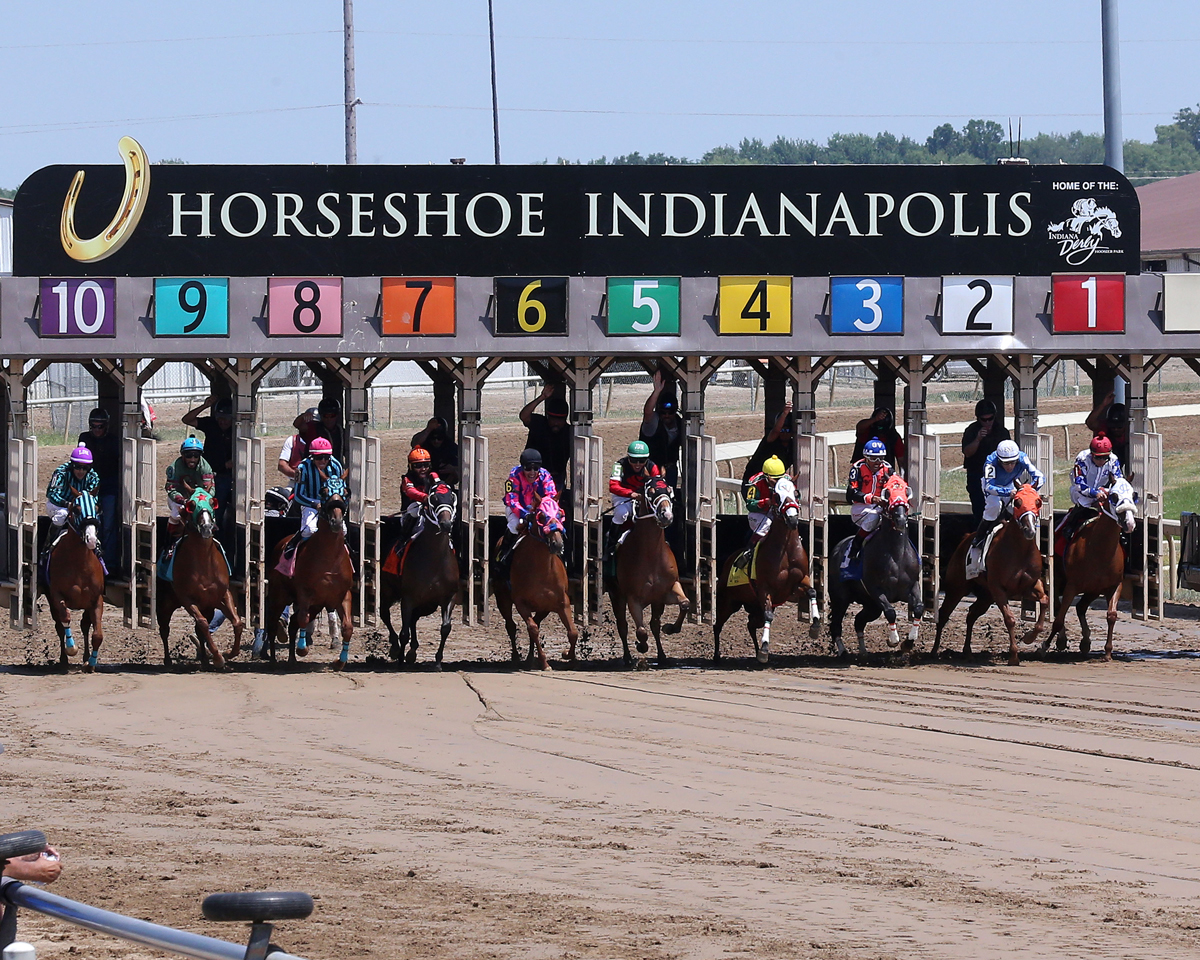 (News release from Indiana Horse Racing Commission)
It’s not just auto racing and paved tracks that are making investments in our state; another type of Hoosier Horsepower is making a big impact as well. The horse racing industry is a big business for the state of Indiana, touching all 92 counties. The newly released results of a recent economic impact analysis, conducted by Purdue University, show the Indiana agri-business industry of horse racing has more than doubled in the past decade. The racing and breeding business linked to horse racing has now reached just under the $2 billion mark of economic impact.  The Indiana General Assembly laid the footprint for success nearly 30 years ago to grow the agri-business industry in Indiana by creating jobs, increasing goods and services sold in Indiana, and subsequently increasing tax revenues.

Purdue University’s study was a joint effort between all entities associated with Indiana horse racing, including the Standardbred, Thoroughbred and Quarter Horse Associations, Indiana Horse Racing Breed Development, and Racetrack Ownership. Like prior studies, detailed surveys were circulated by Purdue University, to those involved in racing, covering all aspects of the industry including breeding farms, training facilities, racetrack operations, and other impacted businesses in between.

“As a group, we identified there had been a significant increase in participation in our industry, but we didn’t know the exact impact on the state,” said John DeLong, President of the Indiana Standardbred Association. “Seeing the results from this survey is very enlightening and encouraging to our organization which has worked hard to boost Standardbred racing in the state. We are set to host the prestigious Breeders Crown for a third time in 2023, which only strengthens us as one of the most viable options in Standardbred racing.”

One of the most staggering statistics was the amount of investment within the state. The report noted between 2007 and 2020, a 59.2 percent increase in horses owned, trained, or bred. Another statistic showed 25.1 percent of the information reported resulted in an increase in Indiana owned property with an additional 47.9 percent representing an increase in invested equipment directly related to horse racing.

“We have seen a lot of new farm development in recent years, especially around Horseshoe Indianapolis,” said Joe Davis, President of the Indiana Horsemen’s Benevolent and Protective Association. “This survey solidifies what we expected to see based on our growing numbers in racing and breeding operations. Plus, these facilities are directly impacting their local communities by hiring additional workforce, purchasing supplies, and bringing tax dollars to the state. We knew there had been a significant increase in our industry but had no idea it had amounted to $2 billion.”  Tom Mosley, President of the Indiana Thoroughbred Owners and Breeders Association added, “Our annual fall sale has shown significant increases over the past few years and the number of new owners is growing immensely. We are adding new stallions and brood mares to our program each year, which has elevated the quality of our breeding program. It’s exciting to see this surge of interest in our business.”

“We have seen a lot of investment in the Indiana Quarter Horse racing industry just in the past five years,” added Paul Martin, President of the Quarter Horse Racing Association of Indiana. “The Quarter Horse breed is one of the most popular in the state through several disciplines, from pleasure riding to rodeo activities, including the popular barrel racing circuit. It’s encouraging to see some of those people starting to branch out into the racing end of our breed. Our hosting of the Bank of America Challenge Championships this past fall, the industry’s premiere event, boosted our awareness on a national level and increased interest in our program in Indiana.

The most recent study on the economic impact of Horse Racing in Indiana encompasses mature business levels since the implementation of casino gaming at the tracks, which includes the addition of table games at the two racetracks in 2020.  The continued growth of the Indiana equine agri-business that has been shown at each benchmark, in direct proportion, proves positive when looking towards the future and the implementation of further gaming opportunities.

“We are committed to bringing the Indiana horse racing industry to a higher level,” said Joe Morris, Senior Vice President of Racing for Caesars Entertainment, which includes both Harrah’s Hoosier Park and Horseshoe Indianapolis. “Our goal is to continue to elevate all three breeds into the national conversation of horse racing. We work closely with the horsemen organizations to ensure we are traveling in the right direction at all times. Our relationship with these groups is imperative to continue the growth of our industry. Our collaboration with the horsemen and horsewomen in this state, the Indiana Horse Racing Commission, and the Breed Development programs is second to none in the United States, and we are not done yet. Our racing team is devoted to the success of horse racing in Indiana and seeing the results of this survey proves we are headed in the right direction.”

“It is a great accomplishment that all facets of horse racing have worked together over the past two decades to build such a viable and impactful industry for Indiana,” stated IHRC Chairman Phil Borst.