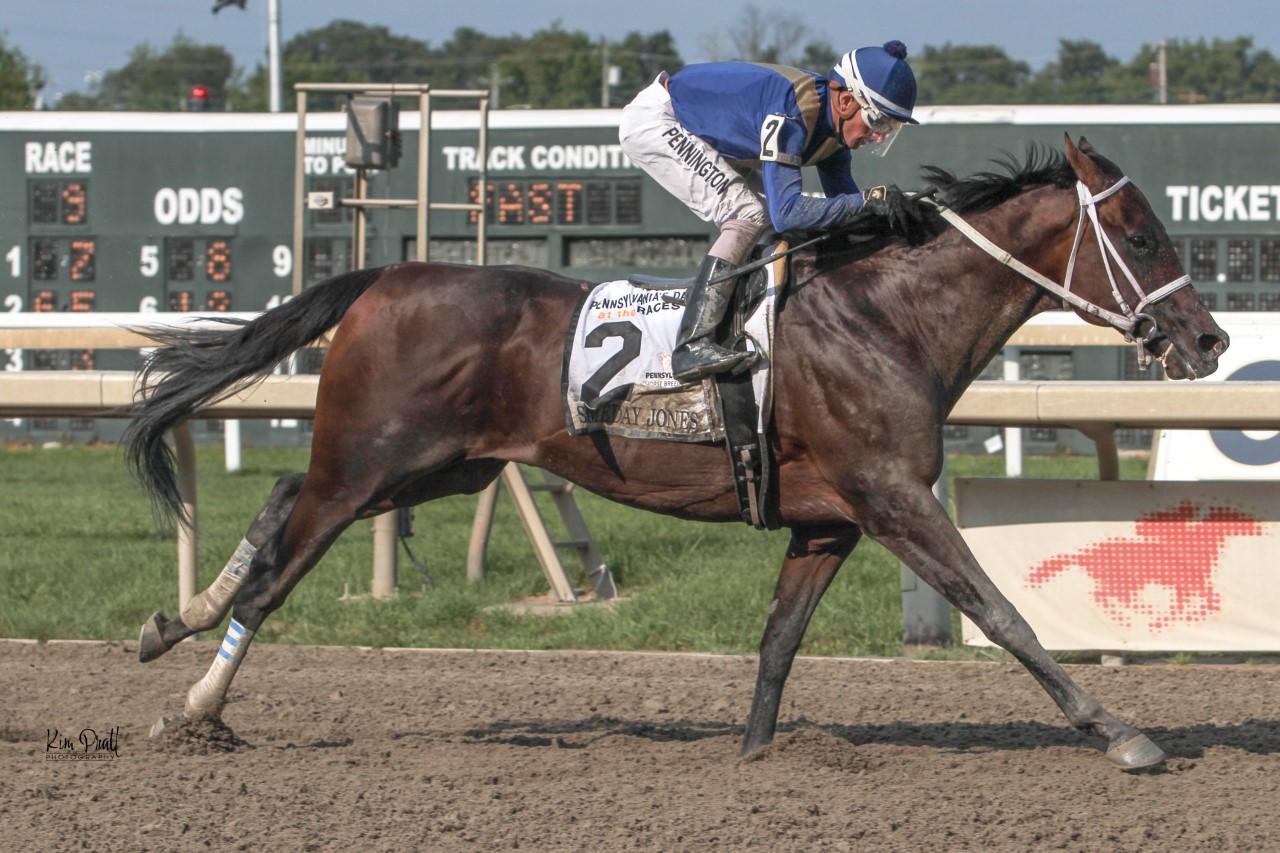 Kirton Farms in Turpin, Oklahoma, has announced that multiple stakes winner Someday Jones will stand his first season at stud for the 2023 breeding season. The son of Smarty Jones will stand for a fee of $1,500.

Someday Jones earned $790,320 on the track with a total of 12 wins from 44 career starts. He recorded three stakes wins and six more stakes placings. Perhaps his most impressive win was the $100,000 Native Dancer Stakes at Laurel Park when he earned a 120 Equibase Speed Figure for the 1 1/8-mile race.

Someday Jones is by near Triple Crown winner Smarty Jones, an earner of more than $7.6 million, and out of the Concern mare Last Toots, who was a six-time winner and stakes-placed runner.