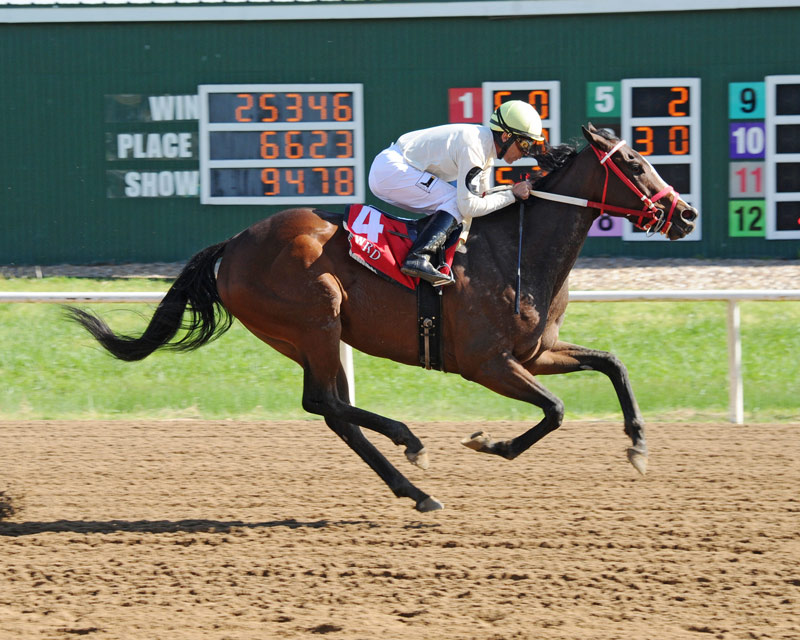 Odds-on favorite Hailstorm Slew rolled to a decisive victory in Tuesday’s $55,000 Great Lady M. Stakes at Will Rogers Downs for older Oklahoma-bred fillies and mares. Bred, owned and trained by C.R. Trout, the 4-year-old filly by Munnings sprinted six furlongs in 1:09.34 with Luis Quinonez aboard.

Hailstorm Slew now has a record of 12-5-2-1 with earnings of $187,713. This marked her second stakes win after capturing the Useeit Stakes last December at Remington Park.

Robbin Caldwell’s Goodheartedgirl, a daughter of Ellerton with prior stakes wins at Will Rogers and Fair Meadows, finished a clear second.

Larry Darter’s Sonic Run, by Song of the Sword, finished third in her stakes debut.

The race is named for the dam of Oklahoma-bred Lady’s Secret, the 1986 Horse of the Year and a member of the National Racing Hall of Fame.