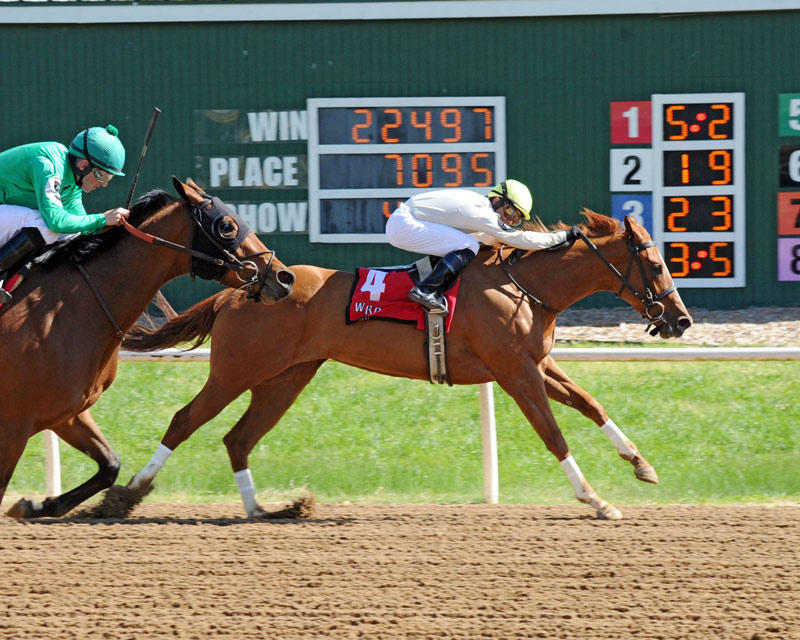 The $55,000 Cinema Handicap for 3-year-old Oklahoma-bred fillies on Tuesday at Will Rogers Downs came down to a photo finish, but there was no doubt the winner was from the Scott Young barn as his two runners finished more than 10 lengths clear of the rest of the field. At the wire it was Shirley Wheeler’s homebred JS Pearljam who prevailed over Center Hills Farm’s homebred Hey Baby by a neck.

Ridden by Bryan McNeil, JS Pearljam set the pace in the one-mile and 70-yard event and held on as the odds-on favorite. The daughter of Dance Master stopped the timer at 1:43.74 for her first stakes win. She has now won three of her last four starts and her record stands at 7-3-2-1 with earnings of $74,481.

Hey Baby, a daughter of Mighty Acres stallion Save Big Money, ran a strong second in her stakes debut to improve her record to 5-2-1-1 with a bankroll of $54,654.