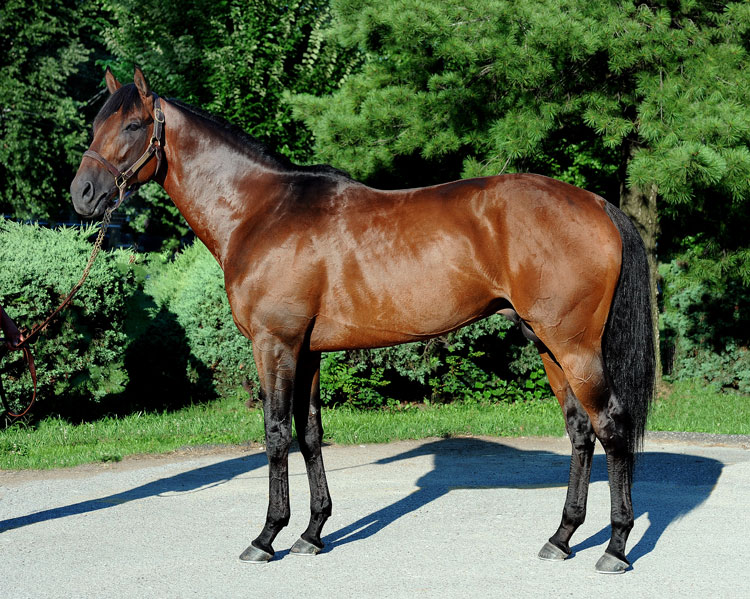 Majestic Harbor, the 8-year-old multiple graded-stakes winning son of Rockport Harbor, has been retired from racing and will enter stud at Swifty Farms in Indiana for 2017.

Campaigned by owners the Gallant Stables LLC, Majestic Harbor was known as an iron horse who raced every year from 2 to 8 when trained alternately by Paul McGee in the Midwest and Sean McCarthy in southern California. From 42 career starts, he registered 10 wins, 8 seconds, and 7 thirds while compiling earnings of $1,295,814. His four stakes victories, all of them graded, include the Grade 1 Santa Anita Gold Cup, the Grade 2 Alysheba, the Grade 3 Mineshaft and the Grade 3 Tokyo City. His Grade 1 victory in the Gold Cup also garnered his highest speed rating of 111.

Bred in Kentucky by Liberation Farm & Brandywine Farm, Majestic Harbor (Rockport Harbor–Champagne Royale, by French Deputy) is the most successful son of Rockport Harbor (Unbridled’s Song) and is a half-brother to Grade 1 winner Danza, now standing in Kentucky.

Majestic Harbor won at distances of one mile to 1 1/2 miles, over a variety of track conditions, at 10 different courses across the United States. In all, he competed in 27 stakes races – 23 of them were graded stakes.

Trainers Paul McGee and Sean McCarthy credit “class, intelligence, tactical speed, and soundness” for his racing success and “expect to see those traits in his progeny.”

Ron Beegle, managing partner of Gallant Stables, said: “We elected to send Majestic Harbor to Indiana in part due to the strength of its State Breeders’ Incentive Program. Swifty Farms is the leading stallion farm in the state and we are delighted to have him join the stallion roster at such a prominent farm in Indiana.”