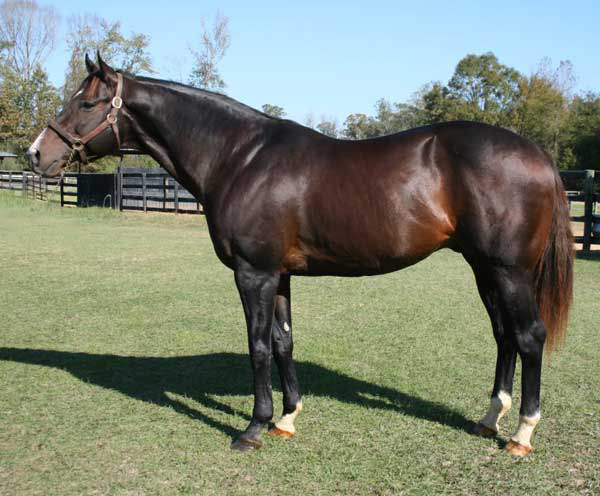 Freshman Louisiana stallion Bind was represented by his first winner on June 2 at Evangeline Downs when his daughter Meter scored a five-length victory against maiden special weight company. The Louisiana-bred filly, who runs for breeders Claiborne Farm and Adele Dilschneider, was ridden by Colby Hernandez for trainer Al Stall. She clocked 4 ½ furlongs in :52.65 and earned $15,600 in her racing debut.

Bind, a stakes-winning son of Pulpit, stands at Red River Farms in Coushatta, Louisiana, for a fee of $1,500. Bind hit the board in six of eight career starts with three wins and a third-place effort in the Sam Houston Sprint Cup Stakes. Coincidentally, the winner of that race at Sam Houston was fellow Louisiana freshman stallion Flashpoint, who also recently picked up his first winner.