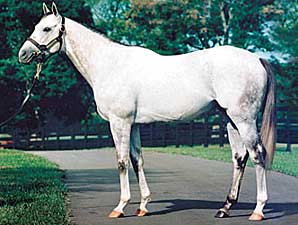 Randy Gammill’s Diamond G Ranch Inc. scored a trifecta of sorts on May 4 at Will Rogers Downs as Du Da Dandy posted an 8 ¾-length victory in the $54,000 Oklahoma Stallion Stakes for colts and geldings. Diamond G not only bred and owns the chestnut gelding but also stands Du Da Dandy’s sire Tactical Cat in Edmond, Oklahoma.

Ridden by Bryan McNeil and trained by Martin Lozano, Du Da Dandy grabbed an early lead in the one-mile contest and was never threatened over a sloppy track before hitting the wire in 1:39.27 for his first stakes win. The Oklahoma-bred only started his racing career a month earlier when he broke his maiden at first asking at Will Rogers going 5 ½ furlongs. He then finished fifth against allowance foes in his only defeat to date. His three-race earnings stand at $45,418. Du Da Dandy is out of the Seeking the Gold mare Vision Quest.

Tactical Cat, a Grade 1-winning son of prolific stallion Storm Cat, has sired the earners of more than $19 million and is a mainstay on the leading sires list in Oklahoma. Du Da Dandy became the 25th career stakes winner sired by Tactical Cat.

Odds-on favorite Chuck, a colt by the late Diamond G resident and perennial leading Oklahoma stallion Evansville Slew, chased Du Da Dandy throughout but had to settle for second under Belen Quinonez. Chuck, who is trained by Donnie K. Von Hemel and runs for breeder Norma Lee Stockseth, won a division of the Oklahoma Stallion Stakes in November at Remington Park. The colt has earned $69,563 in his career.

First-time starter Okie Can Do, a gelding by the Kingmambo stallion Cavvy running for breeder Richter Family Trust and trainer Kenneth Nolen, finished third, more than 20 lengths behind Chuck.

Hot Walker (by Ocean Terrace) and T J’s Folly (by Air Commander) rounded out the field.