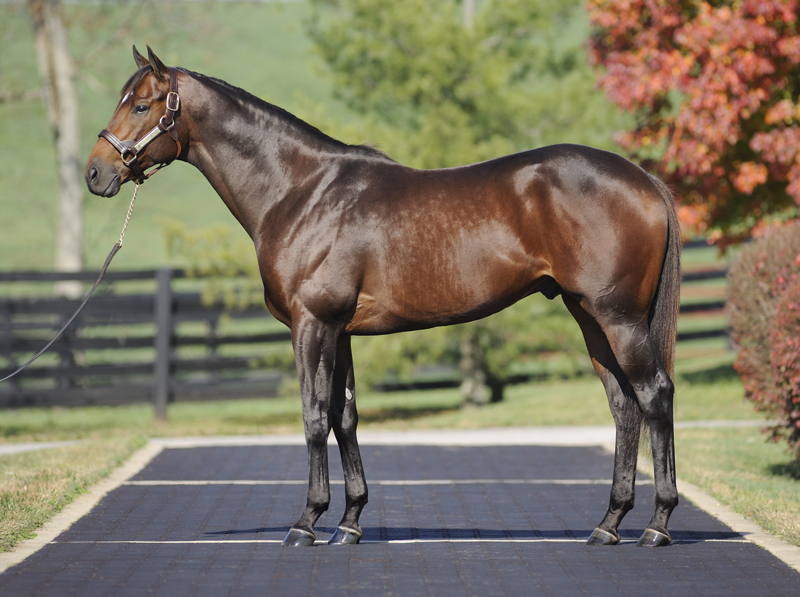 Astrology, one of the nation’s leading first- and second-crop stallions, has been relocated to Acadiana Equine @ Copper Crowne in Opelousas, Louisiana, for the 2018 breeding season. The son of Horse of the Year A.P. Indy will stand for a fee of $4,500.

From his first two crops to race, Astrology has sired the earners of $2.1 million, including Arella Rockstar, the winner of last year’s Grade 3 Matron Stakes at Belmont Park who recently sold for $290,000 at the Keeneland November Breeding Stock Sale. Astrology has ranked among the top 15 sires nationally by progeny earnings for first- and second-crop sires in 2016 and 2017, respectively.

On the track, Astrology won or placed in six stakes—including five graded races—with a victory in the Iroquois Stakes (G3) during a five-race 2-year-old campaign in which he never finished off the board. As a 3-year-old, he placed in three consecutive graded stakes with a second in both the Sunland Derby (G3) and Jerome Stakes (G2) and then a game third-place finish in the Preakness Stakes (G1) behind Shackleford and Animal Kingdom.

“We think Astrology is an up-and-coming sire who checks all the boxes as a son of A.P. Indy with an accomplished race record as a top 2-year-old and a Classic-placed 3-year-old and offspring that have found success on the track and in the sales ring,” said Stallion Manager David Tillson. “We still have a few breeding rights available, and I expect that those will go quickly.”