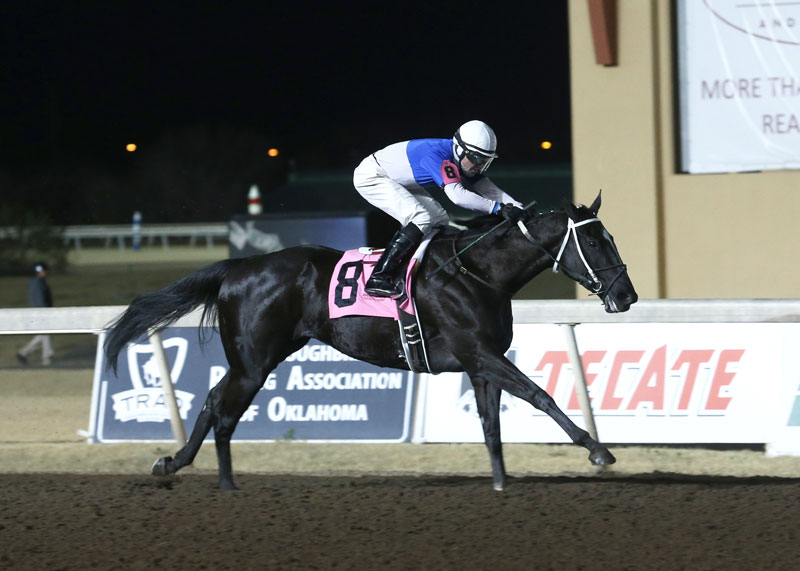 Hall of Fame trainer Steve Asmussen equaled a Remington Park record for most training wins on one program. The Asmussen operation saddled five consecutive winners from races three thru seven during a special Tuesday afternoon card.

The streak of victories for Asmussen started in race three with Wily ($5.60 to win) who broke his maiden status for owner Edward Seltzer of Ocala, Fla. In race four, Taxable ($8.60) won an allowance race for Winchell Thoroughbreds of Las Vegas. The third win came in the fifth with impressive first-time starter Tiz Alluptome Now ($5.40) who won by 8-1/2 lengths for owner Jim McGuire of Forney, Texas. The fourth straight win was with Notation ($4.40) in the sixth as he broke his maiden for Cheyenne Stables of Edmond, Okla.

The record-tying victory came in race seven as Pemba ($6.20) easily pulled away in a $7,500-claiming race, winning the 1 mile-70 yards by 9-1/4 lengths. Owned by Asmussen of Arlington, Texas, Pemba made it five wins in a row to equal a record set in 1993 by trainer Wade White.

Asmussen had starters in the final two races Tuesday but was unable to extend the tremendous afternoon.

In the process of equaling the record, Asmussen surpassed the $2-million mark in season earnings, becoming the first trainer in Remington Park history to exceed that monetary level. Asmussen now has season earnings of $2,058,659 with three race dates remaining.

Jockey Ramon Vazquez rode the first four winners of the Asmussen winning streak. That success boosted his mount earnings on the season to $1,900,918, a new Remington Park record for jockey earnings in a season. C.J. McMahon set the old mark of $1,897,936 in 2015.

The 2017 Remington Park Thoroughbred Season has just three race dates remaining. There will be no live racing on Wednesday or Thursday, Dec. 13 & 14. Live racing resumes Friday thru Sunday, Dec. 15-17. The first race on Friday and Saturday is at 7pm. Sunday racing starts at 3pm. All times are Central.