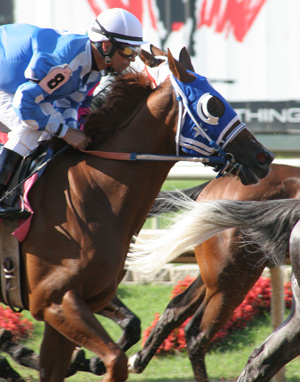 The Grand national continues to be one of the most watched sporting events around the world and certainly for horse racing. This year was no different and it was also the first time it took place within the last two years, following the cancellation in 2020, due to the pandemic. Grand national betting offers are even now being offered ahead of the event next season, in what also remains one of the most popular for fans of the sport.

Prior to the race there was much talk about who would come out on top, with some believing the English hot-pot and favourite Cloth Cap, was set to take the world of beating due to being so well in for the race. He was also sent off as one of the shortest priced favourites in the history of the race but failed to finish, as he was pulled up after the 28th fence.

The big story of the race again turned out to be the incredible dominance of the Irish, who carried this on from the Cheltenham festival.  Another story that also carried on was that of Rachel Blackmore and Henry DeBromhead. They had an incredible Cheltenham festival of major success and then capped the season off further, with the victory in the biggest race of all. This came through Minella Times, who had entered the race amongst the leading contenders in the betting, with his stablemate Balko de Flos then chasing him home, for a one-two for the trainer. It also meant that Rachel Blackmore became the first female jockey to win the race, which added to her previous achievement of winning top jockey at the Cheltenham festival just a few weeks prior.

What was most clear about the race was the remarkable dominance from the Irish, with the first five all coming home from Ireland and virtually all of the 15 finishers also being trained in Ireland. The only horse outside who was able to get involved in any way was Blaklion, who was back in sixth. It is clear just how far ahead they are at present and it will now be fascinating to see if this continues in the coming years.