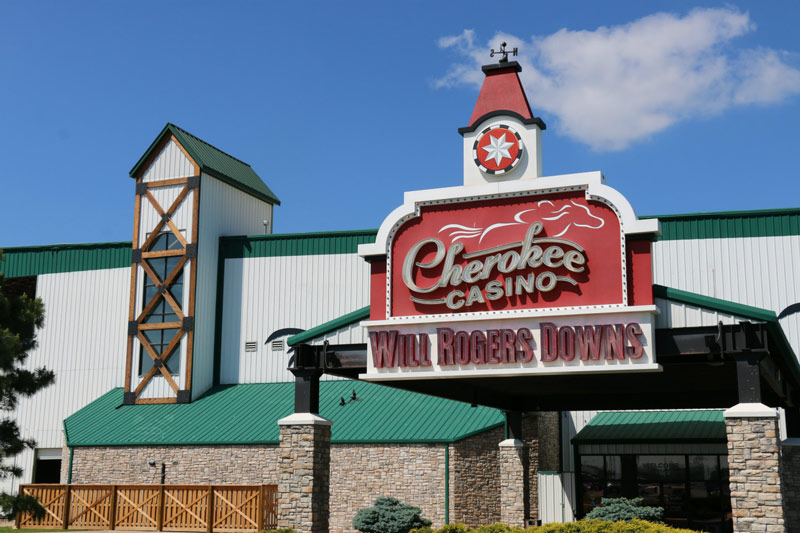 Trainers are arriving from across the country for the 30-day Thoroughbred meet returning to Cherokee Casino Will Rogers Downs on March 12. The track is in its 12th year of operation, and track representatives look to a successful season as they embrace a few new changes.

The spring meet runs through Preakness on Saturday, May 19, and continues to hold the traditional calendar we’ve come to see over the past two seasons. Races begin at 1:05 p.m. every Tuesday, Wednesday and Saturday, while the Monday cards begin at 12:55 p.m. in March and 1:00 p.m. for April and May, which allows for more simulcast coverage across the country.

“We are optimistic about our enhanced live coverage on TVG Mondays and Tuesdays,” said John Lies, racing secretary and track announcer for Cherokee Casino Will Rogers Downs. “We hope our efforts to avoid post-time conflicts with other tracks will be successful.”

The track has also seen an uptick in the amount of trainers preparing for the 2018 Thoroughbred meet. Trainer Karl Broberg, who led all trainers in North America for 2017 with 412 wins, is anticipated to bring a full string of 28 horses to Claremore. The arrival figures both prominently at the entry box as well as standings.

Local standouts Scott Young and Roger Engel have returned for the meet on a backstretch where stall space was on high demand.

“We received stall applications from over 50 trainers for the coming season,” said Lies. “I feel we are poised to take another step forward, producing even better quality fields this spring.”

The series offers more than $420,000 in total for The Oklahoma-bred Program, and more than $3.5 million in estimated total purses. The stakes races run a six-week period within the meet, offering eight races and guaranteeing no less than $50,000 per race.

Stakes races close with the Cherokee Nation Classic Cup on May 15 for colts and geldings 3 years old and up. The horses will race 1 mile and 70 yards for a guaranteed $55,000.

Lies will return to the announcer’s booth in the afternoons this spring, with Quarter Horse racing announcer Jeff Cernik to perform on-air handicapping duties as part of the simulcast production.

For the spring 2017 Will Rogers Downs meet, more than $17.4 million was wagered on live racing, with one day surpassing $1 million.

(from Will Rogers Downs news release)