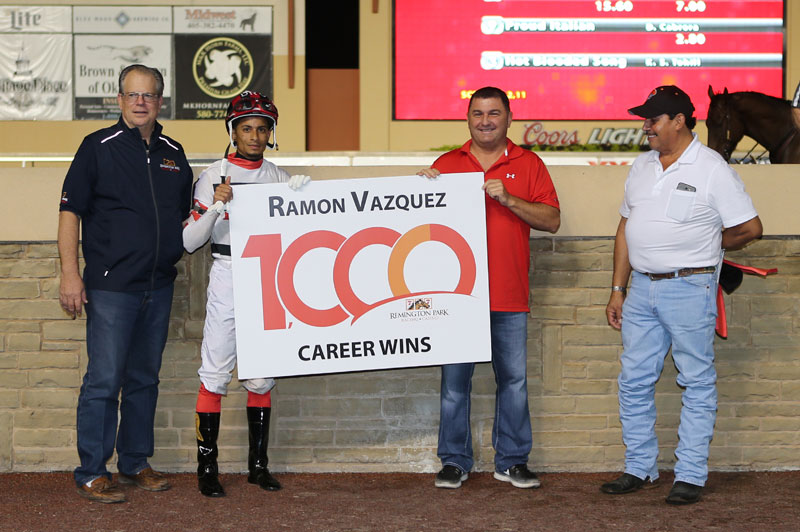 Jockey Ramon Vazquez needed two wins going into Thursday night at Remington Park in order to reach 1,000 triumphs in the United States. He achieved that mark and went beyond with a five-win evening.

The four-time defending leading jockey at Remington Park, Vazquez entered the night with 998 wins since beginning his career in the U.S. in 2011. Prior to racing in America, Vazquez had accumulated 1,567 wins in his native Puerto Rico.

Vazquez, 32, had seven mounts lined up for the Thursday program. He quickly put the milestone to rest by winning his second and third races of the night. Victory 999 came aboard Sparkled ($9 to win) in the second race of the night. Then in race four, Vazquez hit the 1,000-win mark aboard Eurobond ($2.40). The plateau win came while riding for leading Remington Park owner Danny Caldwell of Poteau, Okla. Vazquez has ridden first-call for Caldwell every year of his current reign atop Remington Park jockey colony.

The five-win night gives Vazquez 20 wins for the season and puts him into a second-place tie in the standings with David Cabrera. Richard Eramia leads the colony with 25 victories.