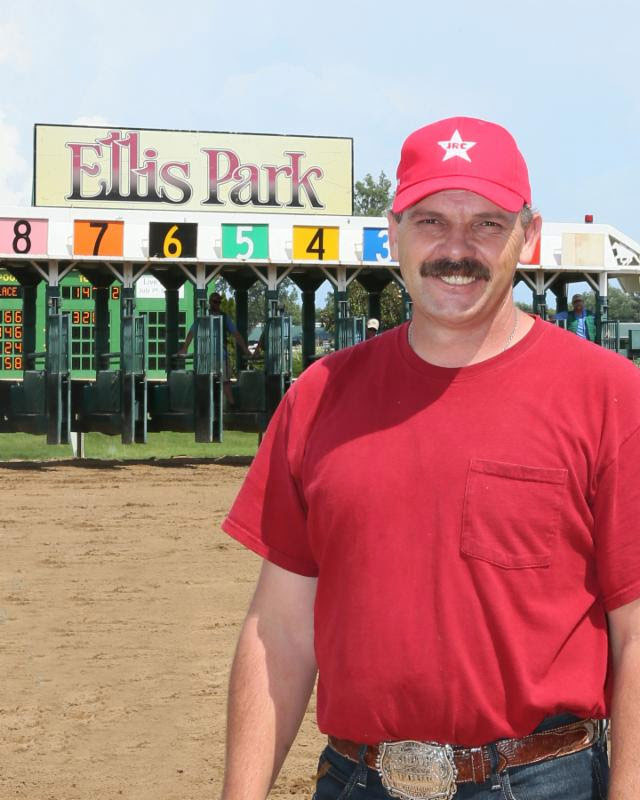 Among the new outfits racing regularly at Ellis Park this summer is trainer J.R. Caldwell, who got out to a quick start with two wins, a second and third with his first eight runners.

This is Caldwell’s first full year in Kentucky, though he had horses for Churchill Downs’ spring meet a couple of years ago and ran a few horses at Ellis Park before moving back to his Southwest circuit.

“We couldn’t weather the storm for the whole year, so we had to ship out,” said Caldwell. As to why he returned, “Why would you not come to Kentucky? Good horses, good racing. If you want to better yourself, you’ve got to be where the better horses are. We’ll be as active at Ellis as I can get them in (the races). I committed to coming to Kentucky; I’m going to run as much as I can in Kentucky.”

Caldwell’s Kentucky string will remain stabled at Churchill Downs. It’s overseen by assistant trainer Kylie Wanger, who comes from a family of trainers in the Southwest, including her great-grandfather, grandfather and mom.

“It’s started well,” Wanger said of the Ellis meet. “They ran big. We had a couple we expected to be there that didn’t. But new track, the way the pace plays out, the way everything runs, just have to kind of adjust. Go from there and just keep getting ready to fire. It seems to me that speed will hold on the dirt track, so we have to kind of readjust our closers for them to fit in there. We’ll just try to sort it out like we did here” at Churchill Downs.

Caldwell grew up in Idaho, his dad training horses on the side. Caldwell went into the profession full-time, training in California early in his career, then taking a break before jumping back into the sport in 2008.

“And we’ve been on a pretty good roll since then,” he said. “It’s been a steady wave. We’ve had some ups and downs. Every year it seems like everything has just come together and gotten a little better. The little hiccups have been not too bad.”

Caldwell’s breakthrough horse was Texas Chrome, who last year won the Grade 3 Oklahoma Derby and Super Derby, propelling the stable to its first $2 million year. Though Texas Chrome left the barn when owner Danny Keene opted for a private trainer, Caldwell’s horses still have earned $1.35 million so far this year and won 60 races, his fourth straight season to win at least 60.

The trainer retains a division based seasonally at Delta Downs, Lone Star Park and Remington Park. Most of his Kentucky horses came from his Oaklawn Park winter operation, which produced 15 winners to finish eighth in the standings.

At Churchill Downs, Caldwell won 13 of 37 starts, with six seconds and four thirds — his 35 percent victory rate easily the best among the top 20 outfits.

“We brought the best horses we had, spotted them to where we thought we could win,” he said. “When we got here, we had about 17 head and thought we’d win 17 races at Churchill, thought we could spot every one of them in a race they could win. Then Mr. Keene pulled out and we got down to eight horses at one time. So to come on with 13 wins, we’re very happy with the way we’ve done. I moved some horses from Texas to help us fill the barn us, and I’ve been very active at the claiming box.”

Caldwell had never been to Ellis until he ran at the track for the first time on his brief foray into Kentucky a couple of years ago.

“We enjoyed it,” he said. “We just ran a few there, and it was good. We’re going to come loaded and more prepared to have a better run in Kentucky. Our focus is to build our Kentucky business and go from Kentucky to Oaklawn. We’re really trying to make a point that we’re here to stay and we’re really trying to win races.”