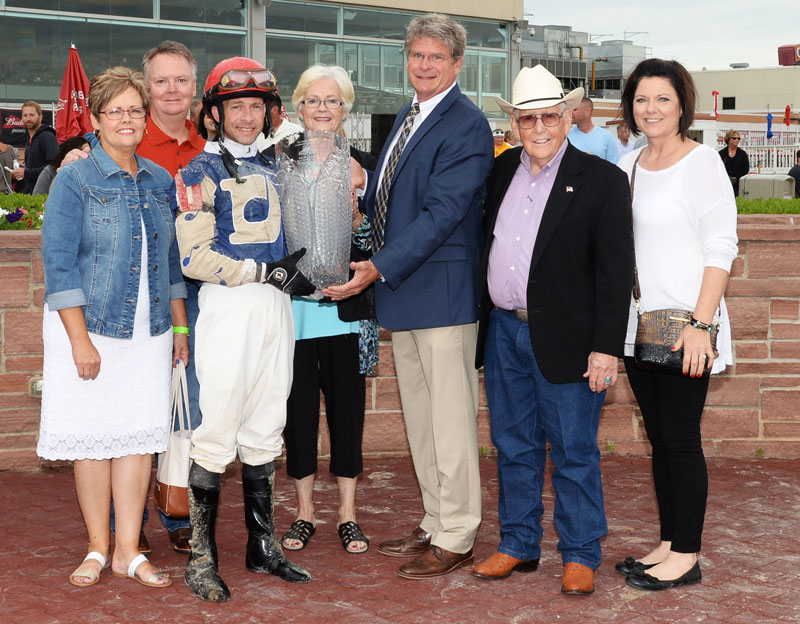 Trainer Don Von Hemel of Hot Springs is a member of the Nebraska Racing Hall of Fame, is credited with 2,516 victories since 1956, was Oaklawn’s leading trainer in 1981 and saddled Win Stat to set a world record for a mile and 70 yards in 1984 at Oaklawn.

But, Von Hemel, 82, has never trained a millionaire.

“I always turn them over to Donnie,” Von Hemel jokingly said about his son, Donnie K. Von Hemel. “He’s trained about seven of them.” Don’s son Kelly is also a successful trainer.

Don Von Hemel could strike that off his bucket list in 2017, possibly at Oaklawn. He trains multiple stakes winner Smack Smack, who has earned $930,430 for country music star Toby Keith, also breeder of the 5-year-old Closing Argument gelding. Von Hemel said Smack Smack could make his 2017 debut in the $125,000 Fifth Season Stakes Jan. 13.

A victory in the 1 1/16-mile race would make Smack Smack a millionaire. He is also under consideration for an allowance spot Von Hemel said.

“I’d love to see him do it here,” Von Hemel said, referring to millionaire status. “Most of mine have just been blue-collar horses, trying to fit wherever we’ve taken them.”

“He’s very sound,” Von Hemel said. “If you look back, that horse gets better in late summer, early fall, than he does around the end of spring. Some horses have a certain time of the year that they come into their own.”