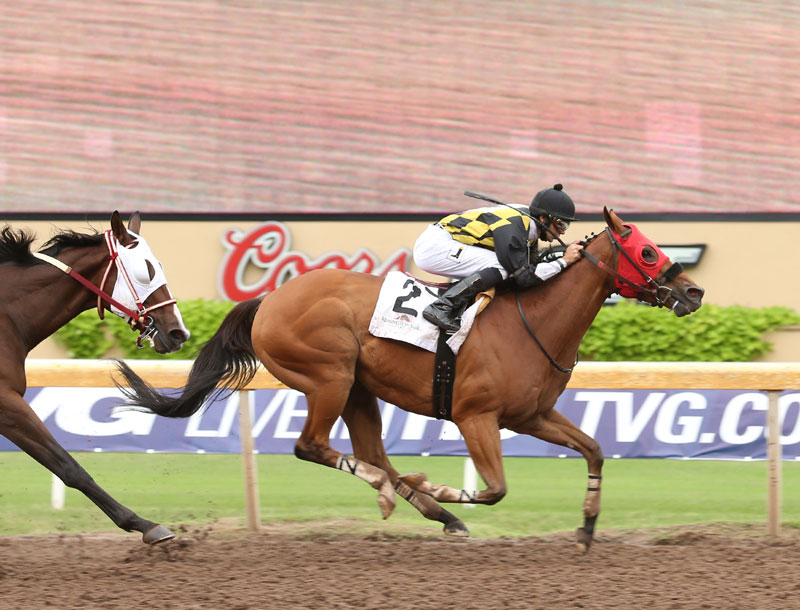 Ivan Fallunovalot, Remington Park’s two-time defending sprint champion (2015 & 2016) and the 2015 Texas Horse of the Year, is entered for a Saturday night allowance race here at six furlongs. The 7-year-old will make his first start in coming off a vacation that started in March.

Owned by Lewis Mathews Jr. of Bismarck, Ark. and trained by Tom Howard, Ivan Fallunovalot has won 15 career races, with five of them taking place at Remington Park since 2014. Jockey Luis Quinonez has been named to ride in the $40,000 allowance race on Saturday night, the seventh of nine races on the program.

The Texas-bred gelding’s last win at Remington Park came in the $150,000 David M. Vance Sprint on the Oklahoma Derby Day undercard in 2016. He also won the race in 2015 when it was known as the Remington Park Sprint Cup.

The most recent victory for Ivan Fallunovalot came in the Grade 3, $250,000 DeFrancis Dash at Laurel Park in Maryland on Nov. 19, 2016, when he romped home by 4-1/2 lengths. His last racing attempt took place in the $125,000 Hot Springs Stakes at Oaklawn Park in March when he finished second, before receiving some time off.

Ivan Fallunovalot has posted three official workouts since arriving at Remington Park earlier this month. Most recently, he breezed five furlongs from the gate on Aug. 26 in 1:00.80 over a fast track.

The son of Valid Expectations was bred by Eileen Hartis.

The seventh race on Saturday is scheduled for 9:48pm. The first Remington Park race Saturday is at 7pm.