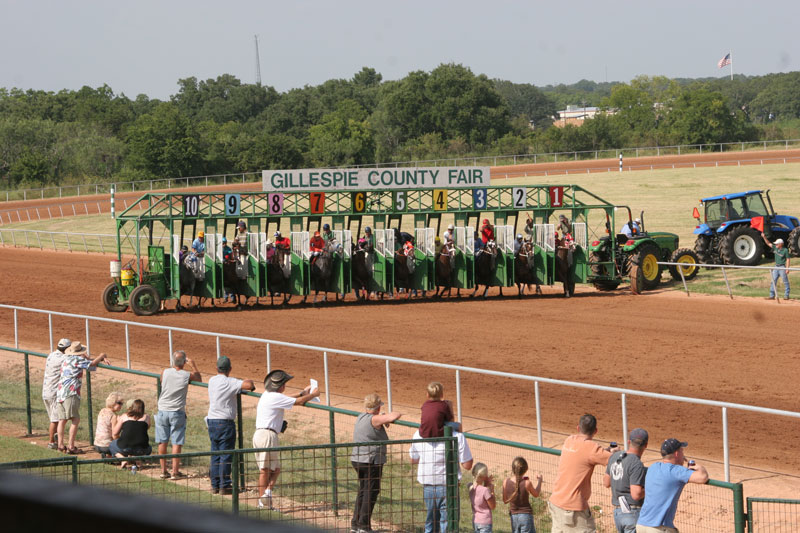 Five Texas track licensees, including the Gillespie County Fair, have informed the Texas Racing Commission that they will not be paying their annual license fee for the fiscal year starting September 1 and will cease operations as of today, August 31. The other four include two unbuilt horse tracks, Laredo Downs and Valle de los Tesoros Racepark, and two Greyhound licensees, Gulf Greyhound Park and Gulf Coast Racing. The TRC had increased license fees for the tracks starting with the next fiscal year.

A letter from attorney William Moltz to the Commission included the following: “The purpose of this letter is to inform you on behalf of the management of those racetracks that the annual fees set forth in such invoices will not be paid by the racetracks’ management. Further, the management of each track acknowledges that such will result in a lack of authorization to continue operations and, therefore, all operations requiring a Racing Commission license at each referenced facility will cease at or before the close of business on August 31, 2017. Please advise as to how the Racing Commission would like to proceed in light of this complete cessation of licensed operations.”

The move comes as the TRC is facing a budget shortfall that could come to a head at the end of September. Three other licensees for unbuilt tracks, Saddle Brook Park, Laredo Race Park and Longhorn Downs, previously indicated they will not renew their licenses.

For now, operations at the state’s three Class 1 tracks, Lone Star Park, Sam Houston Race Park and Retama Park, are expected to continue. The tracks are currently working on a resolution to the funding issue with the TRC and government officials.

The next TRC meeting is scheduled for September 20 in Austin.