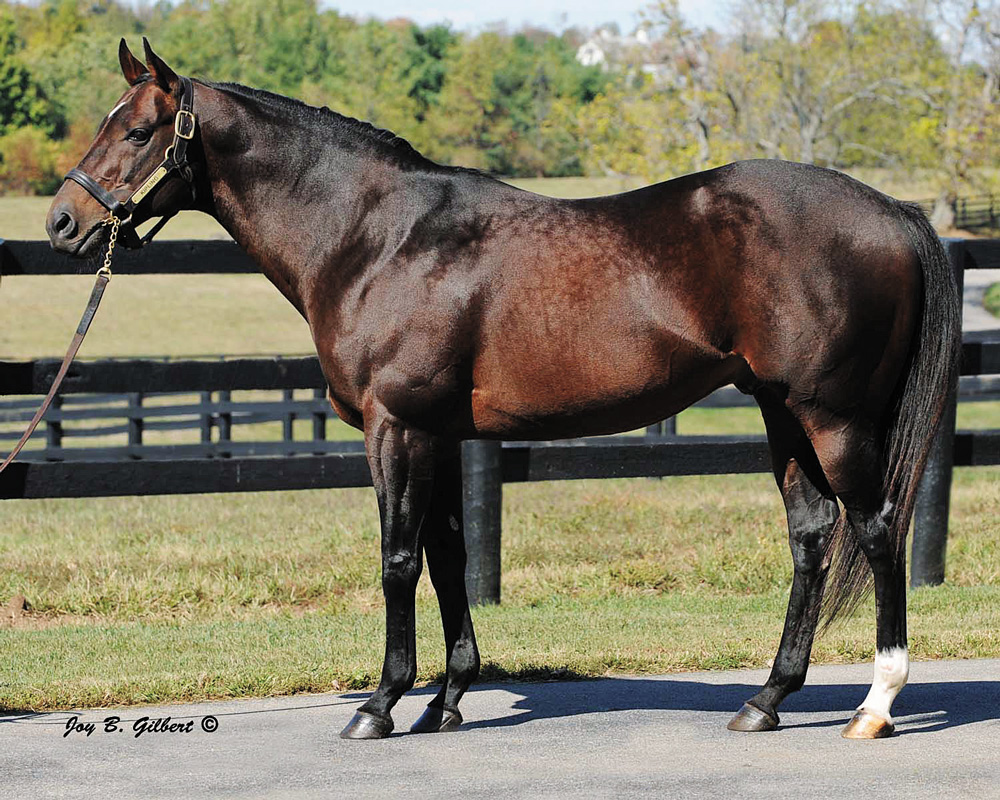 Oklahoma stallion Kipling, the sire of Breeders’ Cup Mile (G1) winner Kip Deville, was euthanized earlier this week due to complications with old age at Mighty Acres in Pryor, Oklahoma. He was 23 and will be buried at the farm.

Kipling had modest success on the track with five wins from 28 starts with earnings of $121,862, but he had a superb pedigree and found great success as a sire with progeny earnings of more than $15 million.

Kipling was a son of champion sprinter Gulch out of the Storm Bird mare Weekend Storm, who was a full sister to Preakness Stakes (G1) winner and top sire Summer Squall and a half sister to Horse of the Year and leading sire A.P. Indy. Weekend Storm also produced Court Vision, a full brother to Kipling who won the Breeders’ Cup Mile and also became a successful sire.

Kipling’s top runner was Oklahoma-bred Kip Deville, a winner of 12 of 30 starts with earnings of more than $3.3 million. A $20,000 purchase at the 2004 Texas Summer Yearling Sale at Lone Star Park, Kip Deville broke his maiden at Remington Park and then went on to become one of North America’s top turf horses. In addition to his Breeders’ Cup win, Kip Deville won six other graded stakes and finished second in another edition of the Breeders’ Cup Mile. He won numerous Oklahoma-bred awards, including being named the state’s Horse of the Year in 2007 and 2008.

Kipling sired more than 30 other stakes runners, including Texas-bred Dreamsandvisions, an earner of more than $500,000.

“He was the first stallion owned by Center Hills Farm and was a big part of our success,” said Randy Blair, manager of Mighty Acres. The Oklahoma farm is a division of Dr. Warren Center’s Center Hills Farm, which was also the breeder of Kip Deville.