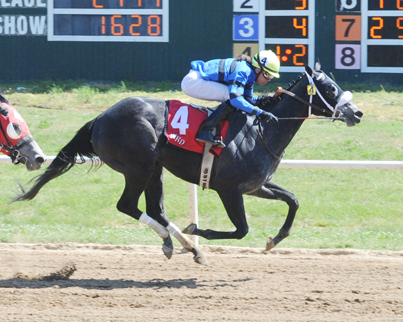 Oklahoma-bred Heykittykittykitty, a multiple stakes winner and multiple graded stakes-placed mare, has been retired to be bred, said trainer Ron Moquett according to an Oaklawn news release. Owned by Little Rock, Ark.-based Westrock Stables LLC (Joe and Scott Ford), Heykittykittykitty retires with a 10-8-1 record from 21 lifetime starts and earnings of $495,161.

The 5-year-old daughter of Tactical Cat won two allowance races at the 2015 Oaklawn meeting before capturing two consecutive stakes in the fall to close her career, including the $75,000 Mahoning Valley Distaff in Ohio in what was her final start.

“She retired sound,” Moquett said. “You’d like them all to go out like that. She’s done all she needs to do here.”

Moquett said Westrock hasn’t announced who Heykittykittykitty will be bred to this year.

Heykittykittykitty won a total of five stakes, including divisions of the Oklahoma Stallion Stakes at Remington Park and Will Rogers Downs. She also won the 2015 Oklahoma Classics Distaff Sprint at Remington and finished second in a pair of Grade 2 races in Kentucky, the Thoroughbred Club of America Stakes at Keeneland and Winning Colors Stakes at Churchill Downs. Her sire Tactical Cat

stands in Oklahoma at Raywood Farm, and she was bred by Diamond G Ranch Inc.