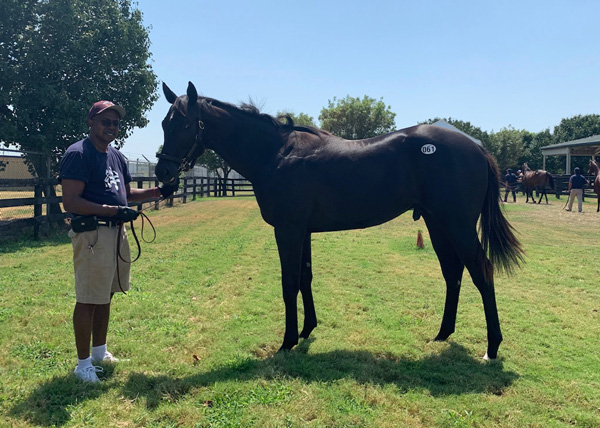 The Texas Summer Yearling and Mixed Sale held Monday at Lone Star Park concluded with strong gains in average and gross receipts, signaling that the recent passage of legislation could be having a positive impact on the industry. The sale was sponsored by the Texas Thoroughbred Association and Lone Star Park.

“Even with a smaller catalog this year it’s encouraging that we were able to increase the gross sales along with a big surge in the average,” said Tim Boyce, sales director. “With as much as $25 million annually expected to be added to the Texas racing program thanks to the bill that was passed, that can only do good things for this sale and for the entire Southwest region in the coming years.”

Hip 61, a Louisiana-bred colt by champion Shanghai Bobby, topped the sale with a $115,000 bid from Summer Grove Farm. Consigned by Clear Creek Stud LLC, agent, the March 5 foal is out of the winning Cobra King mare Viva Vega, who has produced eight winners including stakes winners Southern Dude and Viva Vegas.

While the sale-topper was bred in Louisiana, the next three highest-priced horses were all Texas-breds by leading Texas stallion Too Much Bling. Tops among the Texas-breds was Hip 42, a colt consigned by Benchmark Training Center, agent, and sold for $60,000 to Anton Kubacak. He is out of the multiple stakes-producing Devil His Due mare Red Thread.

In the mixed portion of the sale, 13 of 17 head sold for a total of $33,100. Show Me the Bling, a winning and Grade 3-placed daughter of Too Much Bling, topped the mixed session, going to CJ Thoroughbred for $14,000. Benchmark Training Center, agent, consigned the 11-year-old broodmare who sold in foal to Alternation.

Next up on the Texas sale calendar is the Texas 2-Year-Olds in Training Sale. It will be held in the spring of 2020 at Lone Star Park with a date to be announced soon.

For complete results, go to www.ttasales.com.