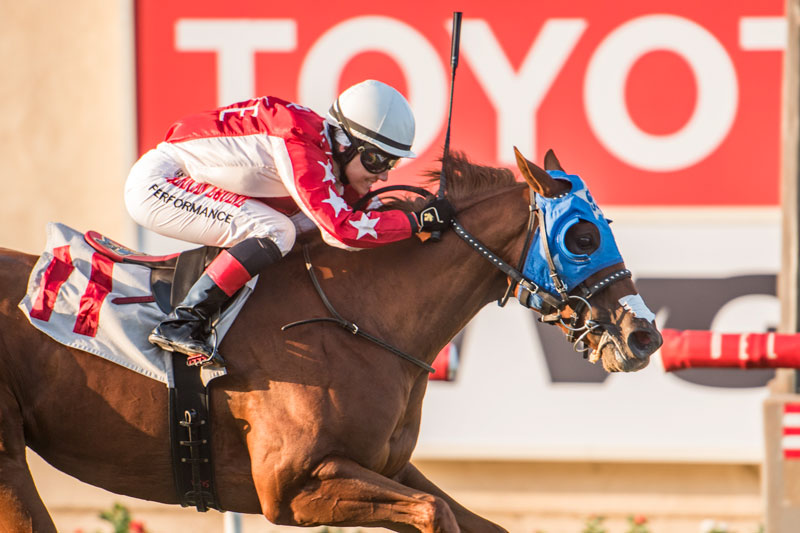 When Terra’s Angel won the $100,000 Del Mar Juvenile Fillies Turf Stakes on Monday in Southern California, it was special because it was the first Del Mar win for jockey Sasha Risenhoover and first stakes win at the track for Texas trainer trainer Dallas Keen. It was also special for Texas owners Terry Eoff and Johnny Evans, whose filly started her career earlier this year with a maiden victory at Lone Star Park, but for a very different reason. Terra’s Angel, a Kentucky-bred by Drosselmeyer, is named for Terra Bibb, Eoff’s 36-year-old daughter. The mother of three recently succumbed to a long battle with brain cancer shortly after watching Terra’s Angel win her first race.

“This is so special,” said Risenhoover, an Oklahoma native who also rode Terra’s Angel at Lone Star. “Words can’t begin to tell. This is the most special race I’ve ever been involved in in my life. My first win in California; $100,000; I just don’t know what to say. I’ve believed in this filly since day one. Knowing the story behind her, it just put a fire in me. I wanted to win on her so much. She is so special. And so is this.”

Terra’s Angel is being pointed to the Surfer Girl Stakes in October at Santa Anita and then could move on to the Breeders’ Cup Juvenile Fillies Turf back at Del Mar.