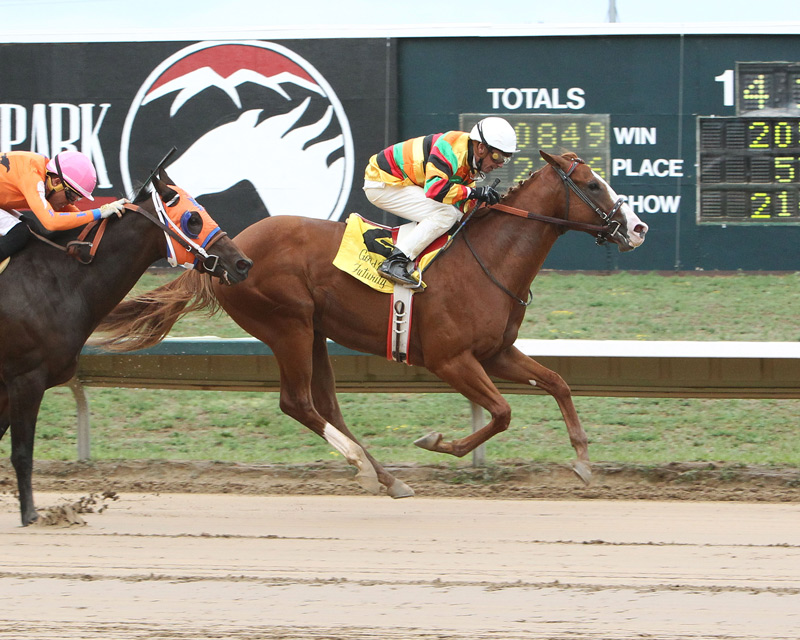 The eyes of Texas are upon the Gold Rush Futurity. Thermistor became the third-straight Texas-based horse to win Colorado’s richest race on Sunday at Arapahoe Park. The 2-year-old chestnut colt captured the six-furlong, $100,000 stakes race for 2-year-olds by three-quarters of a length in 1:11.31.

“This colt is really quick away from the gate,” said Sorenson, who was riding in his first race at Arapahoe Park. “He broke sharp, and then he stays to his task. He doesn’t mind the pressure of horses, and he’s really talented.”

Thermistor’s trainer, J.R. Caldwell, also won the 2016 Gold Rush Futurity with Texas-bred Bling On the Music, the first filly in Arapahoe Park history to defeat male horses in the track’s most prestigious race.

Texas Chrome captured the 2015 Gold Rush en route to becoming just the second Texas-bred ever to earn more than $1 million and only the second horse that has raced in Colorado to compete in the Breeders’ Cup.

“We had big shoes to fill to repeat this time around,” said Fred Taylor, managing partner of Mojo Racing Partners, who own Thermistor with Caldwell.

A New York-bred son of Frost Giant, Thermistor was purchased by Mojo Racing for $15,000 at the Keeneland September Yearling Sale and has since earned $72,360 in two starts.

Wild West Ranger and jockey Andre Ramgeet finished the best of the Colorado-based horses in third.