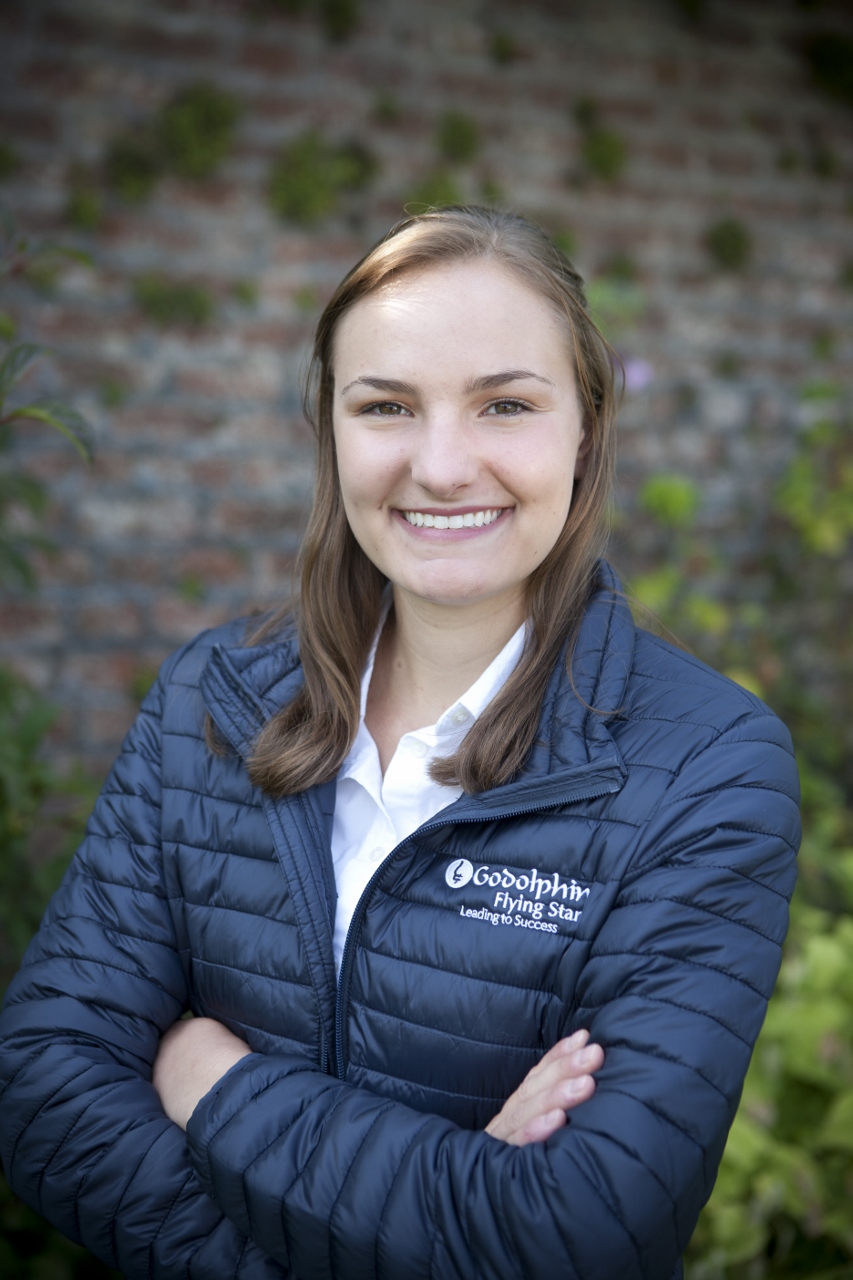 Much like the team behind Thoroughbreds that try to find the perfect balance of gallops, breezes and races needed in preparation for a chance at a Triple Crown race, University of Kentucky graduate Madison Scott has been preparing for her prestigious Godolphin Flying Start scholarship since she stepped on campus in 2012 by finding the right combination of studies in marketing and equine science and management as well as the needed horse industry internships to prove she could go the distance.

This summer Scott proved to have the right pedigree when she was selected as one of only 12 individuals from around the world for the two-year full-time thoroughbred industry international management and leadership training program, formerly known as Darley Flying Start.

What lies ahead for Scott is a once-in-a-lifetime work experience that will take her to the premier horse racing communities around the globe. Founded in 2003, Godolphin Flying Start is the brainchild of Sheikh Mohammed bin Rashid al Maktoum of Dubai. Each year a dozen candidates are selected to receive the scholarship, which includes course fees, accommodation, transport, health insurance and a monthly allowance. The program is accredited by the University College Dublin Michael Smurfit Business School as a graduate certificate in management (Thoroughbred industry), as well as the University of Arizona Racing Officials Accreditation Program and the Kentucky Horseshoeing School.

For the next two years, Scott and her fellow trainees will start each morning around 6 a.m. working hands-on as part of the stud or stable staff on a Godolphin operation where they are based in County Kildare, Ireland; Newmarket, England; Lexington, Kentucky, United States; Hunter Valley, Australia; or Dubai, United Arab Emirates. Much of the work will be physical and will continue through inclement weather as horses have to be cared for every day. In the afternoons, Godolphin Flying Start trainees will attend lectures, management meetings, workshops, sales, race meets, as well as official visits to other equine operations.

The tremendous value of this business training is not lost on Scott. “The Godolphin Flying Start Scholarship offers unparalleled exposure in the international horse racing industry. Besides providing ample networking opportunities, Flying Start students are given management and leadership training to equip them with the skills to become leaders in the racing business,” Scott said.

There are also a number of social events and race meetings to attend as part of the program, which leads to busy weekends and evenings for trainees, who will have the opportunity to network in a more relaxed setting.

“The benefits of the course are numerous, and include the opportunity to meet and learn from the top people in the business worldwide while receiving a top notch education,” Scott added.

Growing up in Austin, Texas, Scott knew she was destined for a future in the horse racing industry at an early age. In 2004, she developed a fascination with champion race horse Smarty Jones that was so strong she began sending letters to Three Chimneys Farm in Midway, Kentucky, where the horse pursued his stud career. Three Chimneys employees Ann Hayes and Jen Rotyz responded to her, recognizing Scott was not your ordinary fan. The correspondence would continue for years.

In 2009, Roytz invited Scott and her mother to come to the famed breeding farm to meet the horse in person. However, Scott didn’t know until she arrived that she would have the honor of naming one of his colts. The name “Mad for Smarty” honored the colt’s legendary bloodline as well as its most dedicated fan.

“Mad for Smarty was two years old at that point,” Scott said. “He was already in training at the track, but I followed him closely through his racing career, which concluded in September of 2011.”

After a two-year career, Mad for Smarty was retired from racing, and Three Chimneys Farm offered the horse to Scott. “He had just been taken off the track and was ready to start a new career, not racing,” Scott said. “I definitely said yes, we wanted him!”

Ownership of Mad for Smarty fulfilled another dream after so many years of riding lessons and wanting a horse of her own. Scott still owns Mad for Smarty to this day.

When it was time to start looking at colleges, Scott knew exactly what field she wanted to pursue. She considered several institutions with strong equine programs, but knew when she arrived in Lexington, UK was where she belonged.

“For me, there is no other place in the country that can offer what Lexington and the University of Kentucky do,” Scott said. “UK not only has the equine classes, which are wonderful — not many schools offer an equine program at all — but they’re offered in Lexington, the horse capital of the world.”

While at UK, Scott put in the hours of study and work to build a résumé worthy of one of the best starts in the equine management industry, a spot in the Godolphin Flying Start program.

“I met her (Madison) when she was a first-year student and she told me then that she wanted to apply for the Godolphin Flying Start and how competitive it was,” said Pat Whitlow, director of the UK Office of Nationally Competitive Awards. “And at that time I knew nothing about it, but I said ‘well, we’ll work on it, we’ll work toward it and help you get prepared.’ And she obviously worked very hard on it, so we are really very proud of that.”

Part of the Chellgren Center for Undergraduate Excellence within the Division of Student and Academic Life at UK, the Office of Nationally Competitive Awards assists current UK undergraduate and graduate students and recent alumni in applying for external scholarships and fellowships funded by sources (such as a nongovernment foundation or government agency) outside the university. These major awards honor exceptional students across the nation. Students who are interested in these opportunities are encouraged to begin work with Whitlow well in advance of the scholarship deadline.

A member of the Honors Program, a Chellgren Fellow and Singletary Scholar, Scott earned degrees in equine science and management as well as a business degree in marketing at UK in May of this year. In addition, she pursued undergraduate research in agricultural economics under the direction of Associate Professor Jill Stowe in the College of Agriculture, Food and Environment.

Scott also took advantage of study abroad opportunities offered through the university attending Maynooth University in County Kildare, Ireland, in the spring of 2015. “I chose to study abroad to deepen my understanding of the Irish racing and breeding industries and gain experience working internationally.”

Outside of the classroom, Scott was a member of the UK Horse Racing Club all four years and served as president her senior year. She credits Professor Laurie Lawrence, club advisor, as the faculty member who influenced her most at UK.

When she wasn’t on campus, Scott worked for some of the most noted leaders in the equine industry. She first interned as a seasons assistant at Three Chimneys Farm, where she got her first experience working on the business side of the industry. In 2014, she worked as a sales prep intern at Shawhan Place Farm, where she got her first experience sales prepping horses and working sales. While studying abroad in 2015, Scott worked at Moyglare Stud where she got her first exposure to the racing industry internationally. That same year, she served as an intern at the Blood-Horse magazine, where she honed her writing skills. Scott’s last internship was in sales at Fasig-Tipton, which offered her insight into how large scale sales organizations are run.

(From University of Kentucky news release, by Whitney Hale)