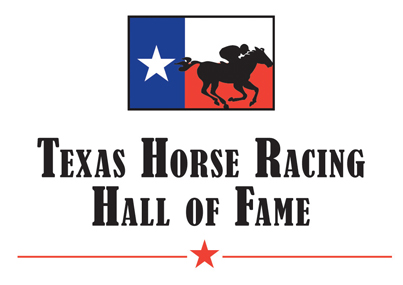 The Texas Horse Racing Hall of Fame will once again honor individuals who have enriched the tradition and sport of horse racing in Texas on Saturday, October 18, at Retama Park near San Antonio. The celebration will be held before and during the races starting at 5 p.m. and will include valet parking, cocktails including Tito’s Vodka, a gourmet buffet dinner featuring prime rib, induction of the honorees, silent auction and live Thoroughbred races.

All proceeds from the gala, which is open to the public, will benefit the Texas Horse Racing Hall of Fame, a non-profit organization dedicated to preserving the legacy of the horse racing industry and those individuals who have contributed to its development. Proceeds from the 2013 gala benefitted the Saddle Light Center and Groom Elite, as will the proceeds from this 2014 event. Past honorees are listed at www.txhorseracingmuseumandhalloffame.org/past-honorees.html.

The emcee for the evening will be Australian-bred Dave Appleton, a former superstar on the professional rodeo circuit. In 1988 he became the first Australian and first non-American to win a world rodeo championship when he was named the “World Champion All-Around Cowboy.” He has provided color commentary on ESPN and other networks; he continues his broadcast work during the race season at Lone Star Park and commercial appearances and speaking engagements. Dave has been inducted into the Texas Cowboy Hall of Fame and the Australian Rodeo Hall of Fame. Now retired from competition, Dave primarily concentrates his time in the oil and gas industry and as a managing bloodstock agent for several Thoroughbred syndicates.

The 2014 Hall of Fame honorees are:
•    Art Preston, who entered the thoroughbred horse racing industry when he bought a $10,000 claiming horse named Old Sew and Sew. Preston and his three brothers established Prestonwood Farm near Versailles, Kentucky; it was later sold and renamed Winstar Farm in 2000.
•    Joe McDermott of McDermott Ranch, owner of a leading Thoroughbred breeding facility in the southwest.
•    Cecil Perkins, owner of Witch Doctor Farms just outside of Austin in Bee Caves. He was a columnist for the Texas Thoroughbred Association magazine for 12 years, and was named TTBA Man of the Year in 1984. Mr. Perkins was instrumental in passage of pari-mutuel racing in Texas.
•    Jerry Rheudasil (deceased), breeder of On a High, who won the All-American Futurity in 1983.
•    Leo Wood (deceased), Quarter Horse trainer who was, in large part, responsible for the building of Lubbock Downs.  He also trained Pie in the Sky and Mighty Deck Three.

TICKETS: For more information or to purchase tickets for the gala at $125 per person, visit www.txhorseracingmuseumandhalloffame.org, or contact Sharolyn Grammer at (210) 651-7000 or txhorseracinghof@gmail.com.  Generous sponsorships are available. Retama Park is located at 1 Retama Pkwy, Selma, TX.