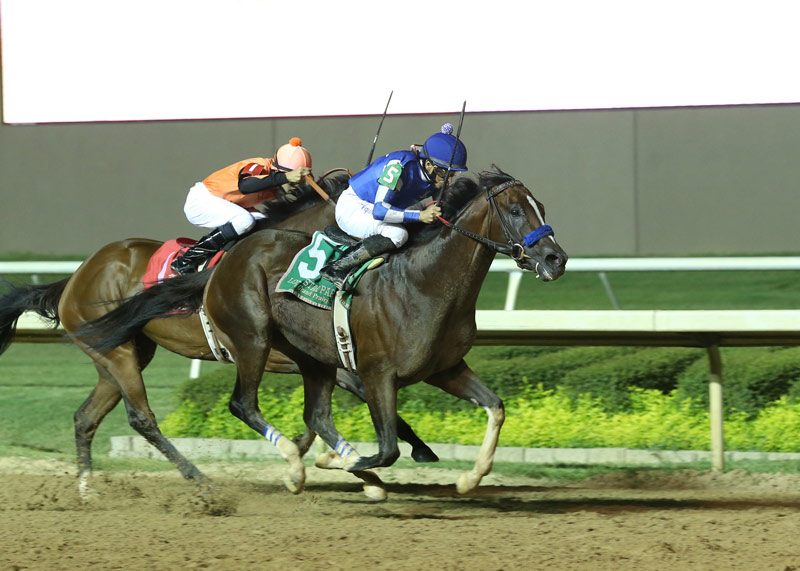 Prior to Saturday’s $50,000 Assault Stakes at Lone Star Park, Texas Chrome had already put himself in an elite class among Texas-breds with a pair of graded stakes wins and five other graded stakes placings. But after prevailing by 1 ¼ lengths in the Assault, he joined Groovy and become just the second Texas-bred to ever earn $1 million.

Ridden by Richard Eramia for trainer Allen Milligan and owner Danny Keene’s Keene Thoroughbreds LLC, Texas Chrome improved his record to 20-9-4-3 with earnings of $1,020,762. Groovy, the 1987 Eclipse Award winner for Champion Sprinter, earned $1,346,956 in his career.

“I wanted to bring him back here (Texas) to reach $1 million in earnings,” said Keene. “He has a following here. The people here seem to really care about him and like to watch him race, so what better place.”

Named the 2015 Texas Champion 2-Year-Old Colt/Gelding and 2016 Texas Horse of the Year and Champion 3-Year-Old/Gelding, Texas Chrome has raced at 10 different racetracks. He has won two Grade 3 stakes, the Super Derby at Louisiana Downs and Oklahoma Derby at Remington Park, and has placed in five other graded stakes. His stakes victories also include the Texas Thoroughbred Sales Futurity and a division of the Clarence Scharbauer Jr. Texas Stallion Stakes at Lone Star. In his most recent start he finished second in the Grade 3 Prairie Meadows Cornhusker Handicap.