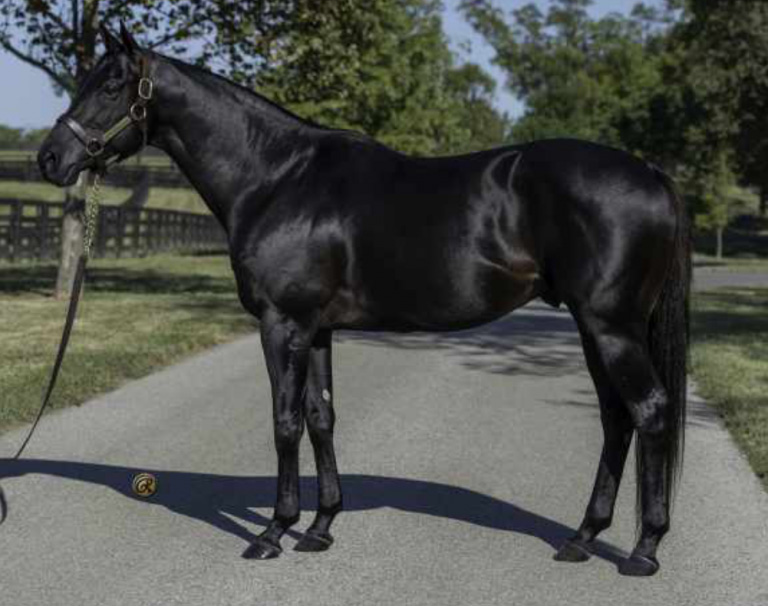 Shakin It Up (Midnight Lute – Silver Bullet Moon), the first horse in 40 years to pull off the Grade 1 Malibu and Grade 2 San Vicente Stakes double, has been sold to continue his career at Caines Stallion Station in Okalahoma in a deal brokered by Chad Schumer of Schumer Bloodstock.

In two crops of racing age, Shakin It Up is the sire of stakes winner B B Dude alongside promising Japanese juvenile Koei Bakushin, a $115,000 two-year-old in training purchase who recently broke his maiden in impressive style at Hanshin. Two-year-olds by Shakin It Up have sold for up to $400,000 at auction.

Fast and precocious for Bob Baffert, Shakin It Up broke his two-year-old maiden at Santa Anita in 1:09.45 for 6 furlongs.

At three, he returned as the dominant winner of the Grade 2 San Vicente Stakes and later swept the Grade 1 Malibu Stakes, in which he defeated Central Banker, and Grade 2 Strub Stakes, by two-and-a-quarter lengths, both back at Santa Anita.

Shakin It Up was also placed in the Grade 1 Metropolitan Handicap, Grade 2 Churchill Downs Stakes and Grade 3 Hollywood Prevue Stakes.

Shakin It Up retired as the winner of four races for $664,982 in earnings.

A son of two-time Breeders’ Cup Sprint winner Midnight Lute, Shakin It Up is out of Silver Bullet Moon, a Vindication daughter of champion and Hall of Famer Silverbulletday.

A fee for Shakin It Up will be announced at a later date.