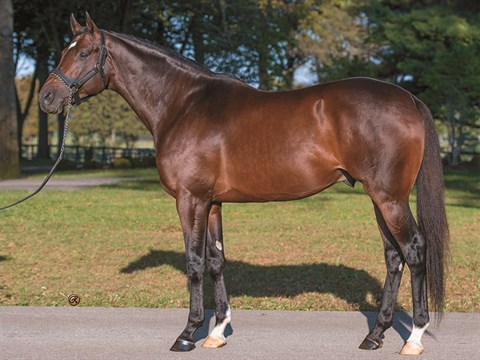 Atreides (Medaglia d’Oro – Dream Rush), a horse of brilliant speed and now a young stakes sire, has been sold to continue his career at River Oaks Farm in Oklahoma in a deal brokered by Chad Schumer of Schumer Bloodstock.

Atreides won four of five starts over 6 furlongs to a mile for Stonestreet Stables LLC and trainer Marty Wolfson. After making an impressive start to his career with a pair of wins at Gulfstream Park, in which earned Beyer Speed Figures of 105 and 102, he turned in a jaw dropping performance to win the Monarchos Stakes by 17 ½ lengths. A 4 ½ length victory in the Aventura Handicap back at Gulfstream Park later concluded his career.

A horse of undoubted Grade 1 ability, Atreides brings an exceptional pedigree to the Oklahoma market.

From just two crops of racing age bred during his time at Hill ’n’ Dale Farm in Kentucky, Atreides is the sire of stakes winner Sueno, also Grade 2-placed, in addition to the Grade 2-placed Birthday Letter.

A 2020 fee for Atreides will be announced at a later date.