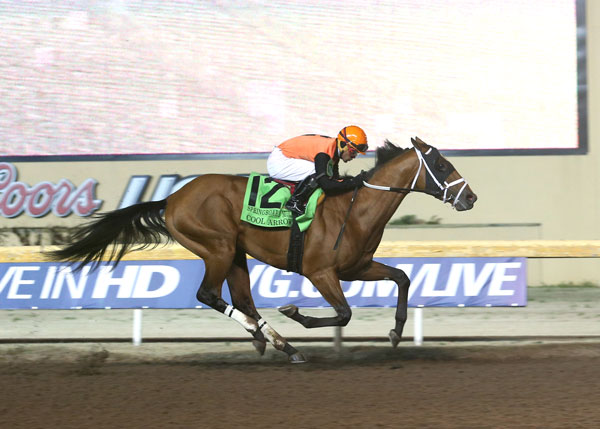 The Springboard Mile, Remington Park’s top 2-year-old stakes race, has been added to the prestigious list of races with eligibility points for the Kentucky Derby.

The starting field for the annual Kentucky Derby is largely determined by the accumulated points that horses earn during a series of accredited prep races. The Road to the Kentucky Derby points races begin Sept. 16 with the Iroquois Stakes at Churchill Downs and continue with nine more 2-year-old races, including the Springboard Mile on Dec. 17. Once the calendar moves to 2018, the points-races continue January 1 thru April 14 with stakes events for 3-year-olds.

“We’re delighted to welcome the Springboard Mile into the fold,” said Mike Ziegler, executive director of racing for Churchill Downs, Inc. “It has been a meaningful race for Midwest 2-year-olds in recent years, including Will Take Charge, the eventual 3-year-old champion of 2013. Remington Park officials have been enthusiastic to have their race included in our series, and their commitment was reaffirmed when they increased the purse by $100,000 to give it shared status as the richest race of Remington Park’s season.”

“We are very grateful the Springboard Mile has been recognized in this manner,” said Remington Park president and general manager Scott Wells. “This truly is one of the most important things which has happened for Remington Park and its fans since we opened nearly 30 years ago.

“Thanks to horsemen from our region and from all around the country, over the past decade the Springboard Mile and the two prep races leading up to it have drawn absolutely top-level horses. Those horses have gone on to success in some of the world’s most important races.”

The Springboard Mile will be the final 2-year-old “prep race” involved in the Road to the Kentucky Derby points-series in 2017. The allotment of points that horses can accumulate in the Springboard Mile will be: 10 points for the winner; 4 points for second-place; 2 points for third-place and 1 point for fourth-place.
In addition to the aforementioned Will Take Charge, other top horses that have competed recently in the Springboard Mile include: Caleb’s Posse (2010) winner of multiple Grade 1 events including the 2011 Breeders’ Cup Dirt Mile and Suddenbreakingnews (2015), a Kentucky Derby and Belmont Stakes starter in 2016.