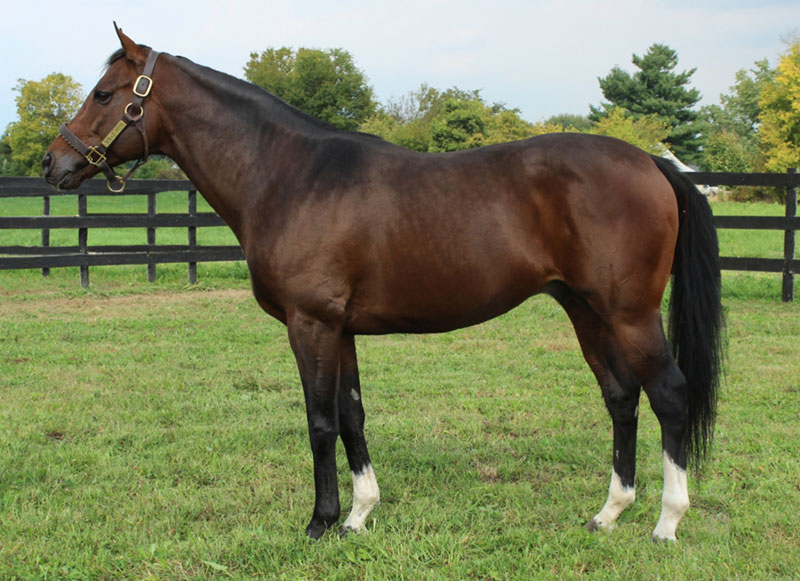 Indiana stallion What Now was represented by two winners on the August 30 card at Indiana Grand with a pair of Indiana-breds from the same female family. Both winners were bred and raced by Don and Pepper Wright, who also own the stallion and stand him at R Star Stallions in Anderson, Indiana.

First to visit the winner’s circle was Bar Rag in a $38,000 allowance for Indiana-bred and -sired fillies and mares. Ridden by Thomas Pompell for trainer Joe Davis, the 3-year-old picked up her third career win and boosted her earnings to more than $80,000. She is out of the Indiana-bred mare Rachel Wiggles, a stakes-placed daughter of Could Be Me who spent her entire racing career in Indiana.

The second winner came later on the card with Huckleberry Hill, who is out of a full sister to Rachel Wiggles named Streaking Rhonda, winning a $34,000 maiden special weight for Indiana-bred and -sired 2-year-olds by eight lengths. Joe Davis also trained that winner with Richard Bracho in the irons.

“Even though the owner lives in Ohio, he chooses to invest in the Indiana program and these two wins serve as a perfect example for why he made that choice,” said Leigh Ann Hopper of R Star. “Not only did he earn the winner’s share of two races worth $38,000 and $34,000, but he earned another 20 percent on top of that for a breeder award and another 10 percent for a stallion award.”

The two wins moved What Now into second on this year’s list of leading second-crop sires in Indiana behind Sangaree, another resident of R Star Stallions.

What Now is a multiple winning son of Distorted Humor and a half brother to Preakness Stakes (G1) winner Oxbow.