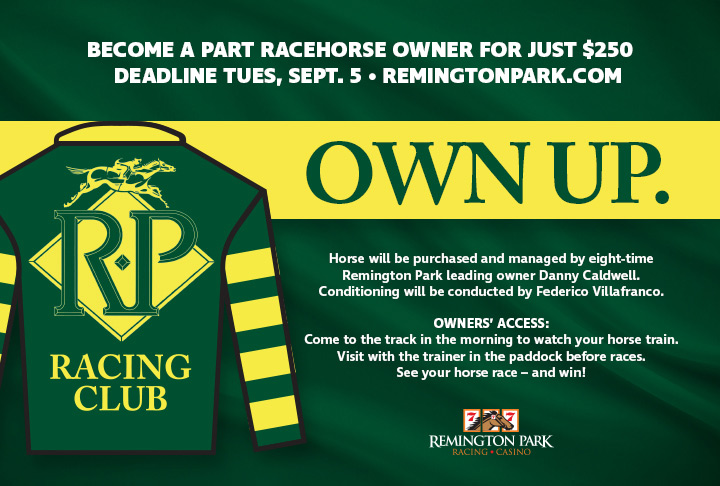 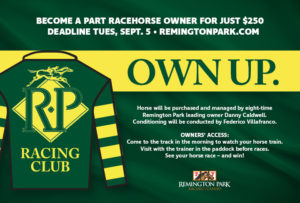 The inaugural RP Racing Club offers those interested, a racehorse ownership experience for an extremely reasonable, one-time fee. The cost of a single membership into the 2017 RP Racing Club is $250. Memberships can be purchased online at remingtonpark.com. The deadline to purchase a membership is Tuesday, Sept. 5. The RP Racing Club will be limited to 200 memberships.

Members of the RP Racing Club will receive an owners’ access to Remington Park, including: visiting the track in the mornings to watch your horse during training hours; experience pre-race moments in the saddling paddock to visit with your trainer and jockey as they discuss strategy for the race; and hopefully enjoy the thrill of victory and stand in the winner’s circle for a photograph with your triumphant horse!

RP Racing Club members will also be invited to special events, including a reception on days when the Club horse competes.

For more information, and to join the 2017 RP Racing Club, please visit remingtonpark.com.

The 2017 Remington Park Thoroughbred Season will begin on August 25. The 67-date meeting runs thru December 17.